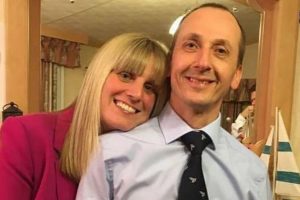 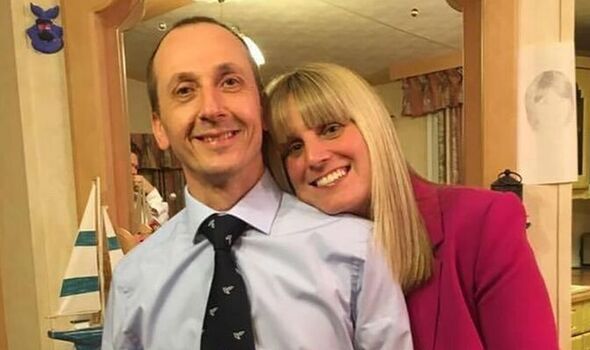 A mum has shared her pain at losing her husband to bowel cancer – three decades after they met as childhood sweethearts.

Charlotte Bedford said “half of her died too” when Mark took his last breath in her arms at home. He had battled – and overcome – cancer around 10 years ago, but the disease returned and spread rapidly in 2020 during the first COVID-19 lockdown.

When Mark died at home in my arms with his children holding his hands, I felt that half of me died too.

Mark, who was diagnosed with metastatic cancer, or Stage IV, received hospice care but he became one of around 15,000 people to die of bowel cancer in the UK earlier this year.

Speaking last night to Leicestershire Live, devastated Charlotte said: “When Mark died at home in my arms with his children holding his hands, I felt that half of me died too. He was my everything, my soulmate, best friend.

Mark received care at Lorus, a hospice in Leicester.

Charlotte, who had three children with Mark, has praised the support at the facility.

She said: “The nurses were all amazing and they really cheered me up too. They looked after me, as well as Mark, and that meant a lot to him too. They brought me tea in the middle of the night. If I got upset they’d sit and talk to me.

“When it was [Mark’s] birthday they made him a cake and sang ‘Happy Birthday’; and they also helped him celebrate the football when England were playing. I always thought of Loros as like a little bit of heaven.”

When Mark and Charlotte, who lived in Leicester, met as teenagers in the 1980s, friends used to compare them to Jason Donovan and Kylie Minogue, whose characters dated – and wed – in TV soap Neighbours, and who formed a relationship in real life too.

Mark fell ill in around 2010 with the cancer, which he beat, but he suffered pain in his leg and foot two years ago. His health deteriorated, with Mark requiring several complicated procedures, and he suffered sepsis in the same year.

The cancer returned and quickly spread across Mark’s entire body.

“I just don’t know what would have happened if it wasn’t for Loros,” the mother said.

“Everyone treated us with respect and compassion. I want to share my story as I don’t want anyone to feel scared of coming to Loros. I know Mark would want that too.”

Charlotte has given her backing to Loros’ Light Up a Life appeal. The charity’s campaign aims to remember loved ones who are no longer with us at Christmas, regardless of whether they received Loros care or not.

In return for a small donation, Loros will place a light on its Christmas tree to shine throughout the festive season as a way of remembering those who have been lost. A special service to remember Mark and the many others who will feature on the tree will take place on Saturday, December 3 at 5pm online.