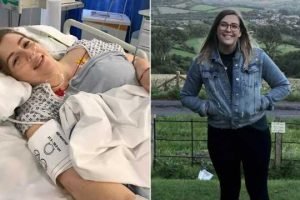 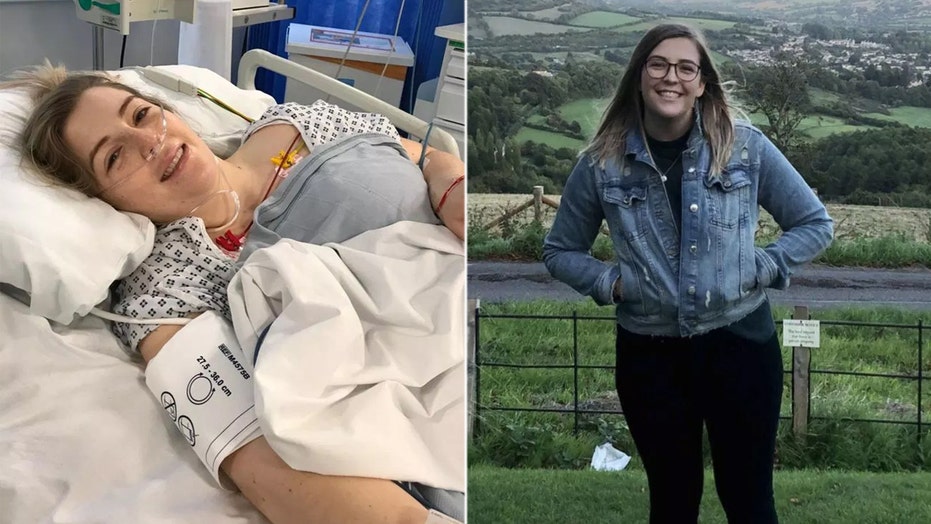 A paramedic was left partially paralyzed after cracking her neck triggered a stroke at age 23. Natalie Kuniciki was watching a movie in bed after a night out when she stretched her neck and heard a loud "crack."

She thought little of it and went to sleep, but woke up just 15 minutes later unable to move her left leg. When she tried to get up to go to the toilet at her flat in West Hampstead, London, she collapsed to the floor.

She called an ambulance and a CT scan confirmed Kuniciki had suffered a stroke. Medics said when she cracked her neck, her vertebral artery – a major artery in the spine – had burst causing a blood clot to form in her brain and triggered a stroke. 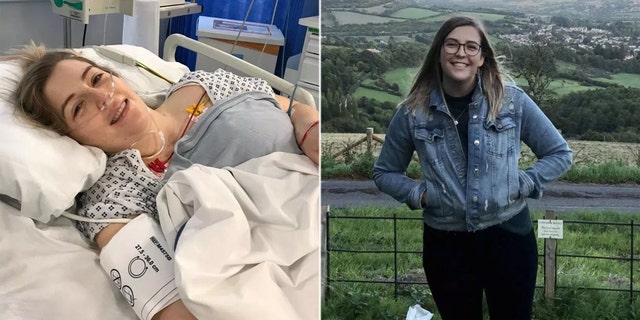 Kuniciki’s left side was almost completely paralyzed and she spent almost a month in the hospital as she tried to regain movement in her leg, arm and hand.
(Kenned News & Media)

Kuniciki's left side was almost completely paralyzed and she spent almost a month in the hospital as she tried to regain movement in her leg, arm and hand.

"I wasn't even trying to crack my neck. I just moved and it happened," she said. "I'm a paramedic and I didn't ring 999 for 10 minutes because I thought it was too unlikely it would be a stroke when I should have known much better. Every minute more of your brain cells are dying so don't ever discount a stroke just because someone is young."

Kuniciki, who moved from Canberra, Australia, to join the London Ambulance Service in December 2017, said: “I was in bed watching stuff with a friend when it happened. I stretched my neck and I could just hear this ‘crack, crack, crack.'"

"My friend asked 'Was that your neck?’ but all my joints crack quite a bit so I didn’t think anything of it. I just laughed," she said. “I fell asleep and when I woke up about 15 minutes later. I wanted to go to the bathroom but I could feel this leg in the bed and I was asking my friend if he could move his leg."

“He told me it was my leg but I was a bit tipsy so I wasn’t taking anything seriously and just thought ‘that’s a bit weird,'" she said. “I got up and tried to walk to the bathroom and I was swaying everywhere. I looked down and realized I wasn’t moving my left leg at all then I fell to the floor."

“My friend had to come and pick me up. He thought I was drunk but I knew something else was wrong," she said. "I thought I had been drugged."

Kuniciki admits she was hesitant to call paramedics as she didn’t want a crew she knew to turn up and find her "tipsy" so tried to just go back to sleep.

After struggling to fall back to sleep, she finally put aside her embarrassment and called the emergency services.

“I was trying to call 999 but I was dithering about it," she said. "There was a high chance the crew who turned up would be my friends and I didn’t want them to see me tipsy. I tried to go back to sleep but I couldn’t so I called 999. I told them I was a paramedic and I knew something was wrong."

“They took my blood pressure and heart rate and they were both sky high," she said. "Then they did this test where they hold their finger in the air and you have to touch your nose then their finger. My hand went all over the place and I was thinking ‘oh no.' I knew something was going down.”

The ambulance crew rushed Kuniciki to University College London Hospital where tests confirmed she had suffered a stroke and would need emergency surgery. While surgeons were able to repair her artery with a stent, they couldn’t clear the clot in her brain but they believe it will dissolve in time.

"When the consultant told me I’d had a stroke I was in shock," she said. “The doctors told me later that just that stretching of my neck had caused my vertebral artery to rupture. It was just spontaneous and there’s a one in a million chance of it happening."

“I don’t smoke, I don’t really drink, I don’t have any family history of strokes so it’s quite strange it happened to me when I was just moving in bed," she said.

Doctors cannot give an exact timescale for a full recovery but Kuniciki is hoping to be back to work for "light duty" in six to 12 months.

“I’ve recovered movement in my left side. I can walk but not for more than five minutes," she said.  “I’m really clumsy. I can’t do up buttons, I find it too difficult. I can feel hot and cold now but I still feel a bit numb."

“The doctors just say things like ‘we’re hoping for a full recovery’ and won’t give an exact time because they don’t want to get my hopes up," she said. “But I’m determined to get back to work as soon as I can. I just love it. It has been strange being on the other side but the ambulance crew who came out to me were amazing. They did a perfect job."