Working one day a week is optimal for mental health, scientists say 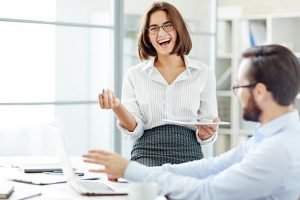 Working just one day each week gives you all the mental and physical health benefits of full-time employment, according to a study.

Eight hours of work per week was optimal for wellbeing, slashing the risk of mental health disorders by a third in people moving from unemployment.

But researchers at the universities of Cambridge and Salford found no evidence that working any more than eight hours provided further boosts to well-being.

The academics had set out to define a recommended ‘dosage’ of work for optimal wellbeing.

They used data from a panel survey to examine how changes in working hours were linked to mental health and life satisfaction. 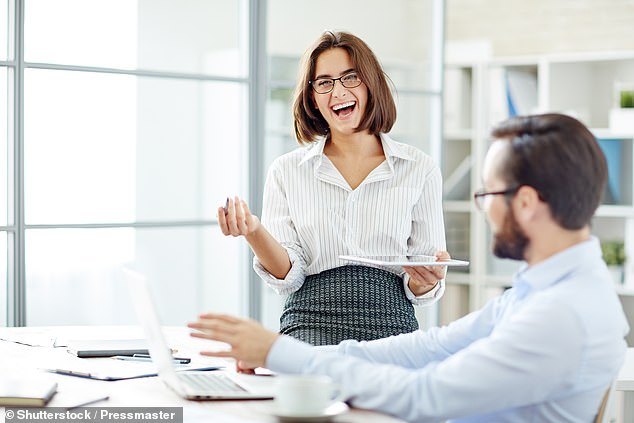 Just one day of work per week is the most ‘effective dose’ to give the mental health benefits of paid employment, research suggests

People were asked about issues such as anxiety, self-esteem and sleep problems to gauge mental health.

‘We have effective dosage guides for everything from vitamin C to hours of sleep in order to help us feel better,’ said study co-author Dr Brendan Burchell.

‘But this is the first time the question has been asked of paid work.

‘We know unemployment is often detrimental to people’s wellbeing, negatively affecting identity, status, time use, and sense of collective purpose.

‘We now have some idea of just how much paid work is needed to get the psychosocial benefits of employment – and it’s not that much at all.’

Supporting the unemployed in a future with limited work is the subject of much policy discussion, such as universal basic income.

Adults who go from being out of work to having a poor-quality job suffer more stress-related health concerns, a 2017 study found.

These include having significantly worse blood glucose and cholesterol levels, the research adds.

It also affects fat storage, increases the levels of substances associated with blood clots and causes inflammation, the study found.

High blood and cholesterol levels are associated with an increased risk of heart disease, while blood clots can result in deadly pulmonary embolisms.

Inflammation has previously been linked to joint damage, gum disease and a higher risk of cancer.

Researchers from the University of Manchester analysed 1,116 people aged between 35 and 75 who were unemployed between 2009 and 2010.

They were invited to have a health assessment by a nurse, which included taking a blood sample.

The effect of employment-related stress was determined by measuring factors including cholesterol levels, blood pressure, pulse rate and waist-to-hip ratio.

However, researchers argue that employment should be retained across adult populations, but working weeks dramatically reduced for work to be redistributed.

‘In the next few decades we could see artificial intelligence, big data and robotics replace much of the paid work currently done by humans,’ said Dr Daiga Kamerade, study first author from Salford University.

‘If there is not enough for everybody who wants to work full-time, we will have to rethink current norms.

‘This should include the redistribution of working hours, so everyone can get the mental health benefits of a job, even if that means we all work much shorter weeks.

‘Our findings are an important step in thinking what the minimum amount of paid work people might need in a future with little work to go round.’

Researchers suggested creative policy options for moving into a future with limited work, including ‘five-day weekends’, working just two hours a day, or increasing annual holiday from weeks to months – even having two months off for every month at work.

Dr Burchell added: ‘If the UK were to plough annual productivity gains into reduced working hours rather than pay rises, the normal working week could be four days within a decade.’

Dr Jed Boardman, lead for social inclusion at the Royal College of Psychiatrists, said: ‘We know that unemployment is bad for mental health and wellbeing, and that being in work can be good for you.

‘But being in jobs with low levels of control, high demands and complexity, job insecurity, and unfair pay can be as bad for a person’s mental health as unemployment.

‘This high-quality study reinforces what we already know, but suggests that reduction of working hours can have benefits for people’s mental health and wellbeing.

‘If this is to be adopted in policy then some caution is required to ensure that any reduction in hours is adopted equally across the workforce and that the psychosocial quality of the working environment is maintained.’

The findings are published in the journal Social Science And Medicine.