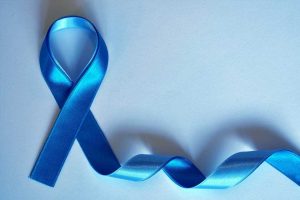 Prostate cancer is the most common cancer in men in the UK , yet we still don’t know all of its causes. The largest ever study to use genetics as a measurement for physical activity to look at its effect on prostate cancer, reveals that being more active reduces the risk of prostate cancer. Over 140,000 men were included in the study, of which, 80,000 had prostate cancer.

This new study, published in the International Journal of Epidemiology today [5 December], was led by the University of Bristol and co-funded by World Cancer Research Fund (WCRF) and Cancer Research UK (CRUK). It found that people with the variation in their DNA sequence that makes them more likely to be active, had a 51 per cent reduced risk of prostate cancer than people who did not have this particular variation. Importantly, the findings relate to overall physical activity, not just intense exercise.

Dr. Sarah Lewis, Senior Lecturer in Genetic Epidemiology at Bristol Medical School: Population Health Sciences, and lead author of the research, said: “This study is the largest-ever of its kind which uses a relatively new method that complements current observational research to discover what causes prostate cancer. It suggests that there could be a larger effect of physical activity on prostate cancer than previously thought, so will hopefully encourage men to be more active.”

END_OF_DOCUMENT_TOKEN_TO_BE_REPLACED

END_OF_DOCUMENT_TOKEN_TO_BE_REPLACED
We and our partners use cookies on this site to improve our service, perform analytics, personalize advertising, measure advertising performance, and remember website preferences.Ok