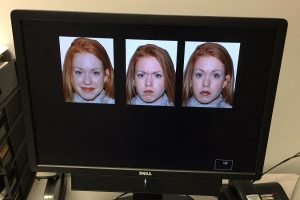 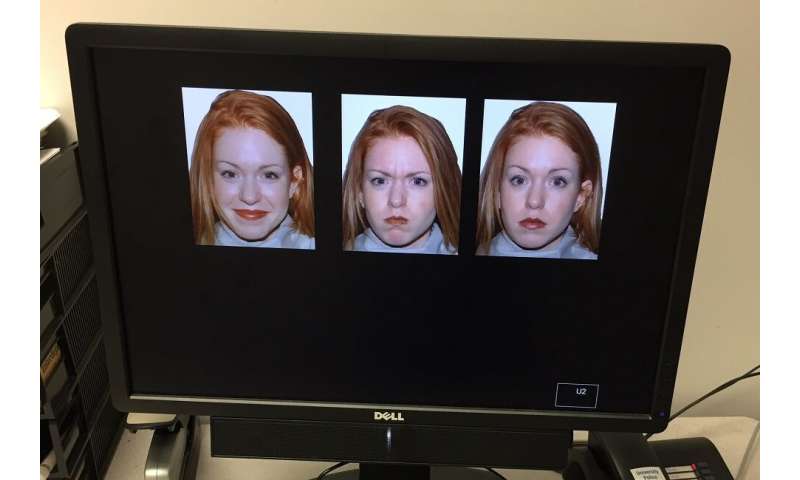 The ability to read facial expressions is key to interpreting important social cues during a conversation. For children with autism spectrum disorder (ASD) who commonly show impairments in social interactions, recognizing emotions in others is especially challenging. They also are hindered by a lack of interest in initiating conversation and atypical eye contact.

Although prior studies have assessed the ability to recognize facial emotion in both children and adults with ASD, results have been surprisingly inconsistent. Furthermore, studies in children with ASD have typically only tested using unfamiliar images, with two-types of expressions, “neutral” and “emotional,” and with wide age-ranges.

To address these limitations, researchers from Florida Atlantic University’s Charles E. Schmidt College of Science conducted a study in children with and without ASD, ages 4 to 8 years old, using five distinct facial emotions; happy, sad, anger, fear, and neutral, which served as a control. They used facial emotion recognition tasks that featured both familiar and unfamiliar faces. They wanted to test how familiarity influences performance in these two groups of children using a constant familiar stimulus—their mothers.

Results of the study, published in the journal Child Psychiatry & Human Development, provide evidence that children without ASD are more proficient in recognizing unfamiliar facial emotion expressions than children with ASD, particularly for negative emotions like fear and sadness.

Interestingly, the researchers discovered that children with high-functioning ASD have adept and competent emotional processing skills when viewing their mother’s faces. They are just as “in-tune” with their mother’s feelings and emotions as children without ASD. The two groups of children did not differ in recognizing expressions from familiar faces.

“The result that the two groups of children did not differ in their ability to recognize familiar expressions is very insightful. Previous neurological and eye-tracking studies have hinted at this possibility, but it has rarely been demonstrated at the conscious level on a self-report test,” said Nathaniel A. Shanok, lead author and a Ph.D. student working with co-author Nancy Aaron Jones, Ph.D., an associate psychology professor and director of the WAVES Laboratory in FAU’s College of Science, and a member of FAU’s Brain Institute and Center for Complex Systems and Brain Sciences. “Future large-scale studies should investigate if this effect also is pertinent to expressions from additional familiar individuals like fathers, siblings and classmates.”

Children with ASD are less skilled at processing emotional information, especially sad faces, when they view the faces of strangers. Findings from this study show that children with ASD are perceptive to their mother’s emotions, which may indicate greater potential to learn and socialize with people they know rather than with strangers.

“It’s unclear whether the ability of children with autism spectrum disorder to gauge emotional information from strangers’ faces is due to genuine deficits in their processing ability, the indifferent nature of negative emotions, or due to a general pattern of disinterest in negative emotion displays or unfamiliar people,” said Aaron Jones.

Shanok, Aaron Jones and Nikola N. Lucas, Ph.D., co-author at Ashford University in San Diego, note that for children with ASD, further difficulties in recognizing negative or complex facial emotional expressions may be due in part to variations in eye contact and eye tracking behavior. Other studies have shown that these children focus less on the eyes and more on other facial areas that are less informative of an individual’s emotional state. This finding explains their difficulty with recognizing sad and other expressions as well as rarely struggling with recognizing happy expressions, as too was the case for the FAU study.

This study highlights the importance of understanding facial emotion recognition skills in children with ASD and potentially enhancing facial emotion recognition tasks to include expressions from both familiar and unfamiliar individuals. The researchers say administering this type of task in children who vary in socio-emotional processing skills may help developmental scientists and clinicians to understand the types of social situations that are more challenging for this group.

Portions of this study are being presented at the upcoming Society for Research in Child Development conference in Baltimore and will examine the links between brain activation patterns and emotion processing in children on the autism spectrum. In addition, this research continues to be conducted as the FAU WAVES laboratory team is currently collecting data using a computerized program that gradually moves from one expression to the next (a morphing program) in hopes to understand real-time emotional processing abilities in children with autism. For more information or to participate, call 561-799-8632.