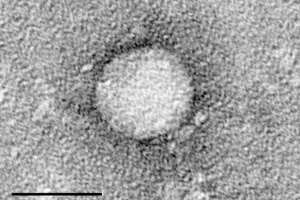 The first prospective, longitudinal study investigating treatment of chronic hepatitis C with direct-acting antivirals finds that the treatment is associated with reduced risk of mortality and liver cancer, according to a study published in The Lancet. The research is the first to demonstrate the clinical effectiveness of direct-acting antivirals on the disease and suggests that they should be considered for all patients with chronic hepatitis C infection.

For ethical reasons a trial with a control arm is not possible and researchers approached this by setting up an observational study of around 10,000 patients. At follow up, about three-quarters had been treated with direct-action antivirals and a quarter were untreated. The incidence of death and hepatocellular carcinoma—the most common form of liver cancer—were significantly decreased in patients who were treated. Their risk of decompensated cirrhosis was not reduced by the treatment.

Around the world, an estimated 71 million people are chronically infected with the hepatitis C virus (HCV). The infection causes complications such as cirrhosis, liver disease, hepatocellular carcinoma, and many people die as a result. Over the last 15 years, these complications have tripled and models predict they will peak between 2030 and 2035. The World Health Organization (WHO) has set targets for the elimination of hepatitis C, and a reduction of related complications. Recently, a modelling study published in The Lancet found that major progress towards these targets by 2030 is possible, but will require vast improvements in screening, prevention, and treatment.

Previous work has shown there is a reduction of risk for complications and mortality in patients who are treated with interferon or direct-acting antivirals, but few studies have compared treated and untreated patients. The aim of direct-acting antiviral drugs is to achieve a sustained virological response, meaning that the virus is undetectable in the blood of the patients. A recent Cochrane Review found no evidence for or against the treatment having a long-term effect on death and disease, so this large study is timely, and may help doctors and patients with treatment plans.

In this study, 10,166 patients were recruited from 32 centres in France. At a median of 33 months, 9,895 patients had available follow up information and were included in the analysis, with 7,344 treated with direct-acting antivirals and 2,551 untreated. During follow-up, 218 patients died (129 treated, 89 untreated), 258 reported hepatocellular carcinoma (187 treated, 71 untreated), and 106 had decompensated cirrhosis (74 treated, 32 untreated).

Overall, the study finds that direct-acting antiviral treatment is associated with reduced risk for global mortality and hepatocellular cancer, but not decompensation of cirrhosis. The researchers initially found an increase in risk associated with treatment with direct-acting antiviral treatment, but once they had adjusted for variables such as age, sex, body-mass index, severity of liver disease, geographical origin, infection route and other factors, they found a reduced risk.

In a subgroup of 3,045 patients with cirrhosis at baseline, the same association was found for mortality and hepatocellular cancer, provided the patients achieved an undetectable level of HCV in their blood. The researchers believe this is because the treatment induces a sustained virological response, allowing the liver to regenerate which decreases risk.

Professor Fabrice Carrat of the Sorbonne Université, France, said: “Taking a large cohort like this provides the opportunity to evaluate the effect of direct-acting antiviral therapy on the long-term outcomes of patients with hepatitis C. We saw a reduction of risk for complications related to the disease, and to mortality, and believe this treatment should be considered for all patients with chronic hepatitis C infection.”

In the study, only a few patients underwent liver biopsy to confirm cirrhosis, with platelet levels or prothrombin time—a blood test—used to classify whether a patient had cirrhosis or not. A validation study using other non-invasive markers of fibrosis suggested that their methods correctly classified cirrhosis in the patients.

Patients who received more than one course of direct-acting antivirals were considered to have had continuous exposure, even where there may have been a lag time or if the first course may not have been associated with sustained virological response. This should have underestimated the response to the drugs rather than overestimated them so does not affect the result.

The study excluded patients with a history of decompensated cirrhosis and liver transplantation and these are the patients who would be at highest risk for complications. The potential benefits of treatment in this group could be underestimated because of their exclusion, as trial data shows improvements in liver function in patients with decompensated cirrhosis who achieved a sustained virological response.