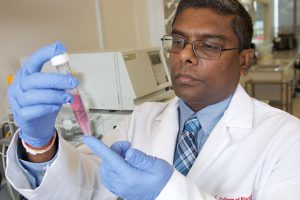 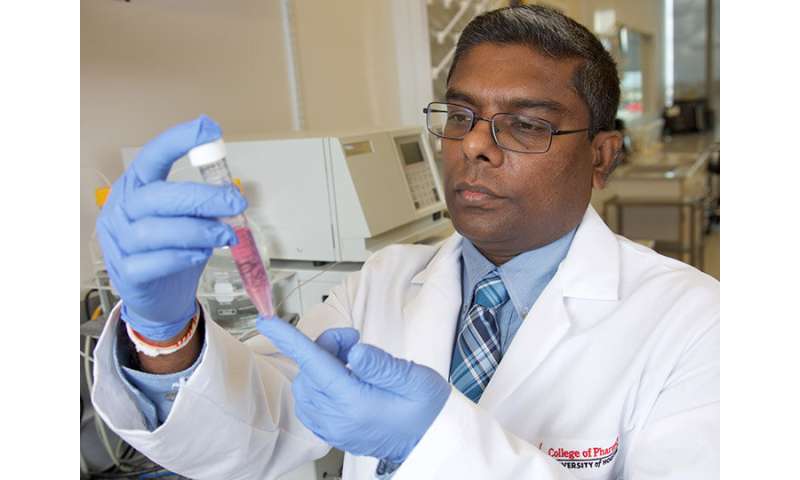 In the world of cancer biology, not all biomarkers are created equal. These molecules that alert doctors that an abnormal process may be underway can appear as an array of aberrant proteins, such as hormones, enzymes or signaling molecules, and vary from patient to patient. Because they are a mixed bag, no one drug exists to attack them. But now, a University of Houston College of Pharmacy associate professor has discovered a new biomarker in cancer stem cells that govern cancer survival and spread, and it’s raising hope that drug discovery to kill cancer stem cells could follow suit.

“We have found a new biomarker, the protein plectin, on cancer stem cells. We believe plectin may be a more common biomarker that could lead to broadly applicable drug development,” reports Gomika Udugamasooriya in Nature Scientific Reports. “Plectin is a structural protein, predominantly expressed intracellularly, but whose translocation onto the cell surface is linked to tumor invasion and metastasis.”

Udugamasooriya’s process of discovering the biomarker and a drug-lead is different than conventional two-step discoveries, where researchers first find a biomarker and then develop a drug. He did both at once—developing 400,000 potential synthetic chemical compounds (peptoids) and used them to capture the specific biomarker performing his unique, but simple two-color cell screen. From almost half a million, only three peptoids targeted cancer stem cells and not the remaining cancer cells from the same patient. When those peptoids were used to pulldown their targets, one of them was identified as plectin, proving that it is a unique biomarker for cancer stem cells.

Because plectin assists in shaping cells, it is pivotal to the spread of cancer, helping cancer stem cells wend their way through the body.

END_OF_DOCUMENT_TOKEN_TO_BE_REPLACED

END_OF_DOCUMENT_TOKEN_TO_BE_REPLACED
We and our partners use cookies on this site to improve our service, perform analytics, personalize advertising, measure advertising performance, and remember website preferences.Ok