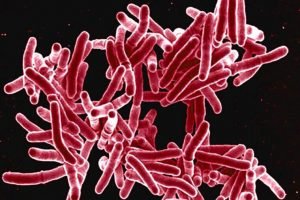 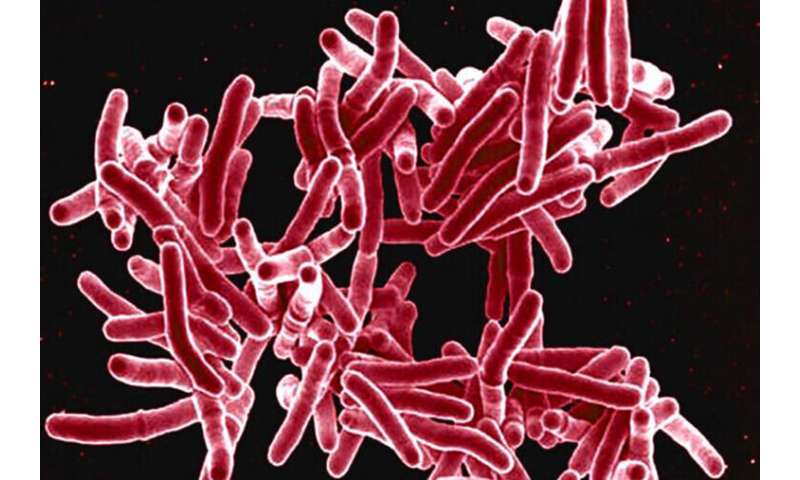 About 1.5 million people died of tuberculosis (TB) in 2017, making it the most lethal infectious disease worldwide. A growing rise in drug-resistant TB is a major obstacle to successfully treating the illness.

Now, researchers at Washington University School of Medicine in St. Louis and Umea University in Sweden have found a compound that prevents and even reverses resistance to isoniazid, the most widely used antibiotic for treating tuberculosis.

The research, published the week of May 6 in Proceedings of the National Academy of Sciences, was conducted in bacteria growing in the lab, setting the stage for future studies in animals and people.

Using the compound in conjunction with isoniazid potentially could restore the antibiotic’s effectiveness in people with drug-resistant tuberculosis. The compound also may bolster the antibiotic’s power to kill TB bacteria – even those sensitive to drugs – which means doctors could start thinking about cutting down the onerous six-month treatment regimen they prescribe today.

“It is very hard for people to comply with such a long regimen,” said co-senior author Christina Stallings, associate professor of molecular microbiology at the School of Medicine. “It’s four drugs. They have side effects. It’s no fun. The longer people have to be on antibiotics, the more issues with patient compliance you get, and that can lead to drug resistance and treatment failure. Here, we’ve found a compound that sensitizes bacteria to an antibiotic, prevents drug resistance from arising, and even reverses drug resistance – at least in the lab. If we can turn this compound into a drug for people, it could make our current therapies more effective and be really beneficial for fighting this pandemic.”

Tuberculosis is caused by the bacterium Mycobacterium tuberculosis. Once inside the body, the bacteria morph into a tougher form that can withstand more stress and is harder to kill. Rather than look for new and better antibiotics, Stallings and co-first authors Kelly Flentie, Ph.D., a former postdoctoral researcher at Washington University, and Gregory Harrison, a graduate student, decided to look for compounds that prevent the bacteria from toughening up. When put in a low-oxygen environment to mimic the stressful conditions TB bacteria encounter inside the body, the bacteria come together and form a thin film called a biofilm that is resilient to not only low-oxygen conditions but also to antibiotics and other stressors.

With the help of co-senior author Fredrik Almqvist, professor of chemistry at Umea University, they screened 91 compounds that share a core chemical structure that inhibits biofilms in other bacterial species. The researchers found one compound, called C10, that did not kill the TB bacteria but prevented them from forming a biofilm.

Further experiments showed that blocking biofilm formation with C10 made the bacteria easier to kill with antibiotics and even curbed the development of antibiotic resistance. The researchers needed only a fraction of the amount of isoniazid to kill the TB bacteria when C10 was included than with isoniazid alone. In addition, one out of 1 million TB bacteria spontaneously become resistant to isoniazid when grown under typical laboratory conditions. But when the researchers grew TB bacteria with isoniazid and the compound, the drug-resistant mutant bacteria never arose.

“By combining C10, or something like it, with isoniazid we could enhance the potency of the antibiotic and block the TB bacteria from developing drug resistance,” Stallings said. “That means we might be able to shorten the treatment regimen.”

Most surprisingly, the compound even reversed drug resistance. TB bacteria with mutations in the gene katG can withstand isoniazid treatment. But such bacteria die when treated with isoniazid plus the compound, the researchers discovered. The bacteria had not lost their genetic resistance, but they’d lost the ability to survive when exposed to isoniazid, as long as it was given alongside C10.

“This was a totally unexpected finding,” Stallings said. “We had no idea we would be able to reverse drug resistance. But this could mean that with all those millions of isoniazid-resistant TB cases, if we use something like C10, we could give people the option of using isoniazid again.”

The compound is not ready to be used in people or even tested in animals, Stallings cautioned. This study was conducted on bacteria growing in a lab. The researchers are still figuring out whether the compound is safe and how it might be processed by the body.