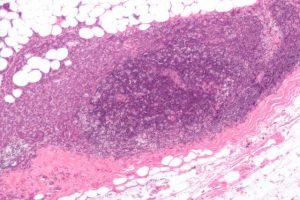 Drugs used to target HER2-positive invasive breast cancer may also be successful in treating women in the first stages of the disease, researchers at The University of Nottingham have discovered.

The findings, published in the British Journal of Cancer and led by experts in the University’s School of Medicine, suggest that extending anti-HER2 drugs to this group of women could halt the progression of the disease in many cases and potentially save lives.

Professor Emad Rakha, the lead author of the study, said: “Our mission at Nottingham is to reduce the mortality of breast cancer and these results suggest that drugs which we know are already being used effectively and safely in patients with aggressive, invasive forms of the disease, could help improve the prognosis for those in its earliest stages.

“We hope this work will underpin further research, which will translate into real benefits for the patients who are affected by this devastating disease.”

Around 20 per cent of cases picked up through mammogram screening is the earliest type of breast cancer known as ductal carcinoma in situ (DCIS), in which some cells of the milk ducts within the breast mutate into cancerous cells. Over the last decade, the rates of DCIS have risen by almost 46 per cent.

While not life-threatening in itself, it needs to be treated, otherwise in up to 50 per cent of cases it can progress to a more invasive form of the disease, spreading to the soft tissue of the breast.

The HER2 gene is already closely associated with aggressive, invasive breast cancer and is already treated using the drug trastuzumab, more commonly known as Herceptin.

The Nottingham study looked at breast tissue from 776 women treated at Nottingham City Hospital between 1990 and 2012 for DCIS. It also collected information from 239 cases of DCIS and invasive breast cancer for comparison.

Following up on cases between two months and 20 years later, the team found that out of 308 patients treated with breast conserving surgery alone, the disease had reoccurred in 67 people (22 per cent). More than half of those (57 per cent) had gone on to develop aggressive, invasive breast cancer. Among the 93 cases treated with surgery and radiotherapy, the cancer came back in eight patients – two with invasive breast cancer and six with DCIS.

Detailed study of the tissue found that the gene HER2 was present in 20 per cent of DCIS cases compared with 12 per cent in the invasive breast cancer samples.

The study also discovered that the HER2-specific cancer occurred as a result of a mutation caused by too many copied of the HER2 gene being produced and an error in the DNA replication and repair machinery.

While the frequency of HER2 in DCIS was largely in line with invasive breast cancer, treatment which targets the gene is currently limited to those affected by more aggressive forms of the disease.

The researchers suggest that screening women with DCIS for HER2 may help to identify those at greater risk of developing more invasive forms of the disease.