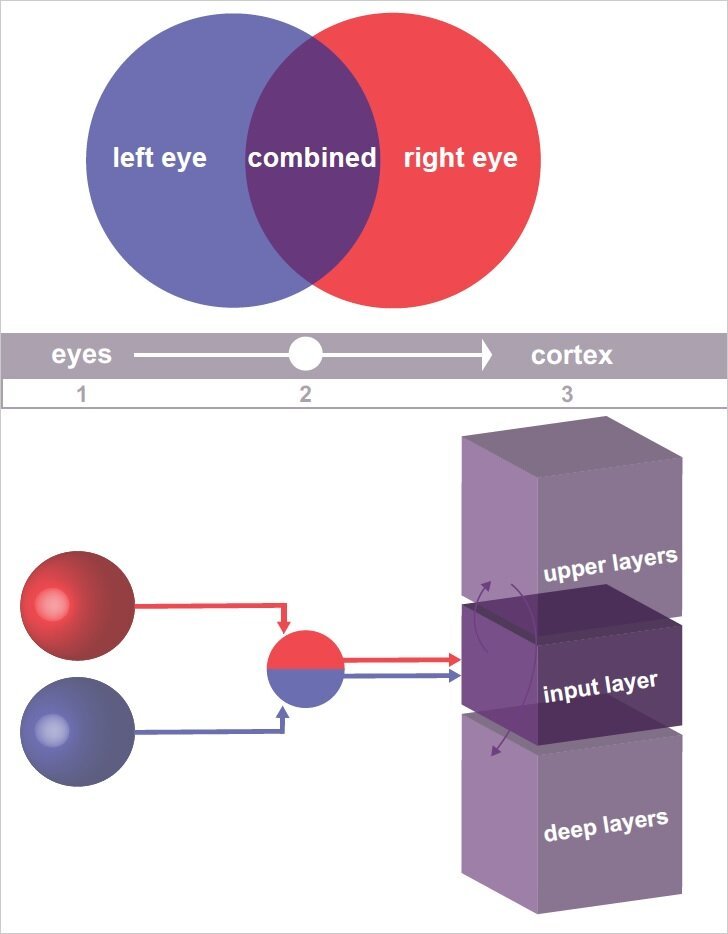 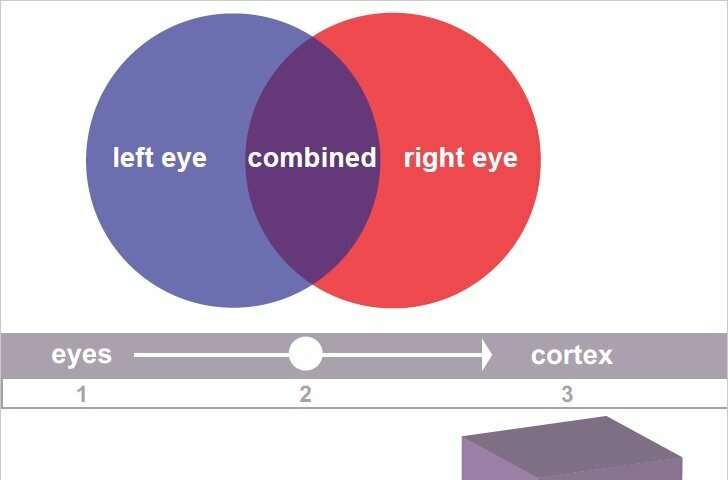 Look at an object, cover one eye at a time, and the object appears to jump back and forth. Stare at it with both eyes working, and we take for granted a complicated process of the brain combining the signals into one, giving us a clear view and proper depth perception.

That happens the moment those dual signals enter the visual cortex in the brain, a team of Vanderbilt University researchers has discovered.

Their finding, made possible by modern technology, is counter to one that garnered the 1981 Nobel Prize in Physiology or Medicine. Vanderbilt’s Alexander Maier, assistant professor of psychology, and Ph.D. student Kacie Dougherty used computerized eye-tracking cameras plus electrodes that can record activity of single neurons in a particular area.

Knowing precisely where the signals meet and the brain processes them is vital to treating amblyopia, or reduced vision in one eye because the brain and eye aren’t working together properly. So far, the standard treatment is placing a patch over the working eye in an effort to jumpstart the “lazy” one. If pediatric eye specialists miss the short window when the problem can be fixed, it’s typically permanent.

“Our data suggest that the two eyes are merged as they arrive in the neocortex and not at a later stage of brain processing, as previously believed,” Maier said. “This major leap in our understanding of how the brain combines information from the two eyes is promising for our search for therapeutic approaches to some of the most common eye diseases in children.”

Knowing which neurons are involved in the process also opens the door to targeted brain therapies that reach well beyond eye patches.

“There are six functionally distinct layers in the primary visual cortex,” Dougherty said. “We thought the initial processing happened in the upper layers, but it’s actually in the middle. That’s vital information for developing treatments.”