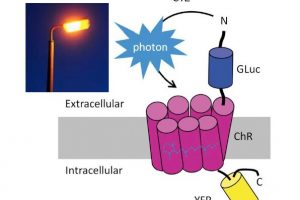 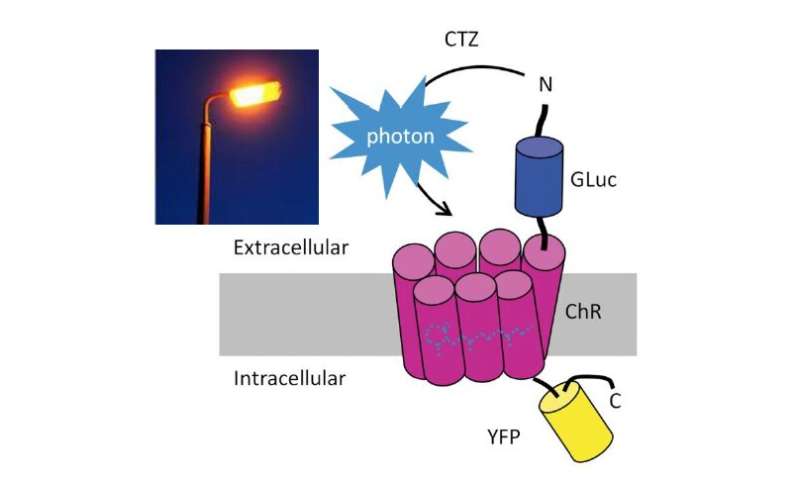 A promising strategy for helping stroke patients recover, transplanting neural progenitor cells to restore lost functions, asks a lot of those cells. They’re supposed to know how to integrate into a mature (but damaged) brain. The cells need help.

To provide that help, researchers at Emory University School of Medicine have developed an “optochemogenetics” approach that modifies a widely used neuroscience tool. The stimulation that transplanted cells need to flourish comes from light, generated within the brain. In a mouse model of stroke, neural progenitor cells received light stimulation, which promoted functional recovery in the mice.

The results are scheduled for publication in Journal of Neuroscience.

Neuroscience aficionados may be familiar with optogenetics, which allows scientists to study the brain conveniently, activating or inhibiting groups of neurons at the flip of a switch. (Mice with fiber optic cables attached to their heads can be found in many labs.) Emory investigators led by Shan Ping Yu, MD, Ph.D. and Ling Wei, MD wanted to remove the cable: that is, figure out how to selectively stimulate brain cells non-invasively.

They teamed up with Jack Tung, Ph.D., Ken Berglund, Ph.D. and Robert Gross, MD, who had created “luminopsins”, engineered proteins that are both light-sensitive and generate their own light when provided with a chemical called CTZ (coelenterazine). The protein components come from Volvox algae and from Gaussia princeps, a fingernail-sized crustacean that lives in the deep ocean.

Yu and Wei were looking for ways to coax neural progenitor cells—capable of multiplying and differentiating into mature neurons—to survive in the brain after the destruction of a stroke. They were working with a mouse model, in which the sensory and motor regions on one side of the brain are damaged.

“It is not sufficient to put the cells into the damaged brain and then not take care of them.” Yu says. “If we expect progenitor cells to differentiate and become functional neurons, the cells have to receive stimulation that mimics the kind of activity they will see in the brain. They also need growth factors and a supportive environment.”

Yu and Wei are in Emory University School of Medicine’s Department of Anesthesiology, while Tung, Berglund and Gross are in the Department of Neurosurgery and the Wallace H. Coulter Department of Biomedical Engineering at Georgia Tech and Emory. 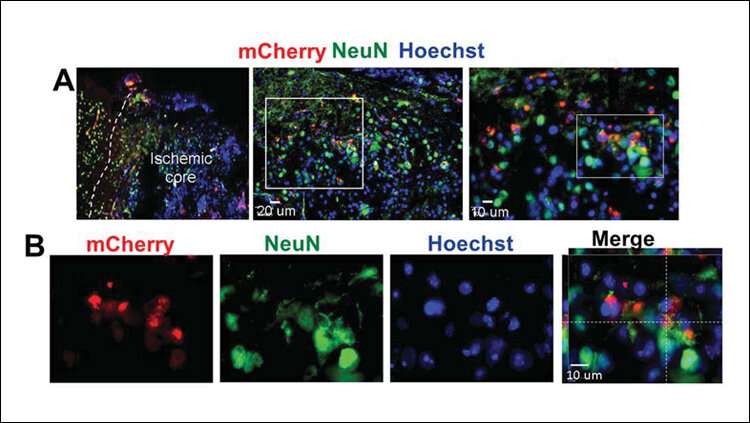 In experiments described in the current paper, scientists introduced genes encoding luminopsins into induced pluripotent stem cells, which were cultured to form neural progenitor cells. The neural progenitor cells were delivered into the brains of mice a week after stroke. CTZ, which emits light when acted upon by luminopsins, was then provided intranasally twice a day for two weeks. Intranasal delivery bypasses the blood-brain barrier and repeated administrations are clinically feasible, Yu points out. Bioluminescence could be detected in the cell graft area and was visible for around one hour after CTZ administration.

CTZ promoted an array of positive effects in the progenitor cells: more survival and intact axons, more connections within the brain and better responses to electrical stimulation. It also promoted recovery of function in the affected limb in the mice. The mice were tested in activities such as: reaching and grasping food pellets, or removing adhesive dots from their paws. In young mice, CTZ and progenitor cells together could restore use of the stroke-affected limb back to normal levels, and even in older mice, they produced partial recovery of function.

When Yu was asked about clinical prospects, he said that optochemogenetics represents a significant advance, compared with its constituent technologies.

“Optogenetics is a fantastic technical tool, but it presents some barriers to clinical implementation,” he says. “You have the invasive fiber optic light delivery, and the limited distance of light diffusion, especially on the larger scale of the human brain.”

Delivery of cells into the brain and making them glow are complex, but they offer scientists some flexibility when designing experiments: direct light application, which can be turned on and off quickly, or the steady support of CTZ stimulation. Luminopsins can provide “the capabilities for the cells to be activated either in a way mimicking neuronal activities of fast activation or manipulations of the channel/cell in clinical treatments,” the authors write.