Healthy habits could prevent 27% of cancer cases in Brazil 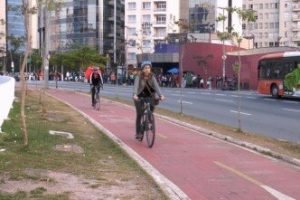 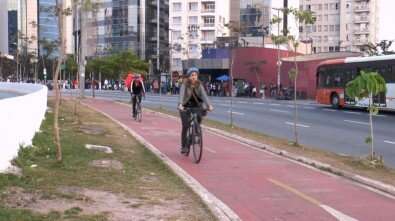 Lifestyle risk factors such as smoking, alcohol consumption, overweight and obesity, unhealthy diet and lack of physical activity are associated with a third of all deaths caused by 20 types of cancer in Brazil, according to a new epidemiological study. Published in the journal Cancer Epidemiology, the study shows that lifestyle risk factors account for 114,497 annual cases of cancer in Brazil, which represents 27 percent of all cancer cases, and 63,000 deaths, or 34 percent of cancer mortality.

The study was conducted by researchers from the Preventive Medicine Department of the University of São Paulo’s Medical School (FM-USP) and the Harvard School of Public Health in the United States, with support from São Paulo Research Foundation—FAPESP.

The researchers concluded that the number of laryngeal, lung, oropharyngeal, esophageal and colorectal cancer cases could be at least halved by eliminating these lifestyle risk factors (smoking, alcohol consumption, overweight, unhealthy diet and physical inactivity). “The most striking finding is the proportion of cases that could be avoided by combating lifestyle risk factors. According to several previous studies in this area, no other measure could prevent so many cases. The study should serve as a basis for the formulation of public policy to prevent cancer in Brazil,” said Leandro Rezende, a researcher at FM-USP and a coauthor of the study.

Cancer is a multifactorial disease and one of the main causes of death in Brazil. The World Health Organization (WHO) expects the number of cancer cases in Brazil to rise by 50 percent by 2025, owing mainly to population growth and the aging population. According to the new study, however, in addition to changes in population structure, the increasing prevalence of lifestyle risk factors may pose additional challenges for controlling the cancer rate in Brazil.

“Primary cancer prevention by means of lifestyle changes is one of the most attractive and realistic approaches to cancer control in Brazil,” Rezende said.

According to José Eluf Neto, Full Professor at FM-USP and principal investigator for the study, ensuring access to parks and other leisure facilities should be part of the public health policy.

“Encouraging people to engage in physical activity and eat healthily, and offering leisure facilities in all areas of town so they’re near where people live, are primary prevention measures that shouldn’t be overlooked by public administrators. On the contrary, stimulating a healthier lifestyle will reduce not only the number of cancer deaths but also the number of cases of the disease,” Eluf Neto told.

There is a consensus in the scientific literature that the five lifestyle factors in question are associated with an increased risk for 20 types of cancer. The researchers calculated a metric for the preventability of cancer, known as the potential impact fraction (PIF); this metric is based on the population attributable fraction (PAF) and estimates the proportional reduction in cancer cases and deaths that would occur if exposure to the five lifestyle factors was reduced to a level that corresponds to an ideal exposure scenario.

The researchers considered two exposure scenarios: one with a theoretical minimum risk exposure, assuming that the lifestyle risk factors were eliminated in the entire population, and the other with what they termed a plausible reduction in exposure based on policy targets and cancer prevention recommendations.

“Reducing unhealthy habits rather than eliminating them completely is more plausible as far as public health policy is concerned,” Rezende said. “A significant number of cancer cases and deaths can be avoided just by encouraging healthier habits in accordance with cancer prevention recommendations.”

Under the plausible scenario for lifestyle risk reduction, 4.5 percent of all cancer cases (19,731 cases) and 6.1 percent of deaths from the disease (11,480 deaths) could have been avoided.

The researchers performed several statistical analyses to rank the correlations between the five lifestyle risk factors and cancer in Brazil. Smoking was responsible for 67,000 cancer cases and 40,000 cancer deaths per year, accounting for most of the preventable deaths, followed by a high BMI (21,000 cases and 13,000 deaths), which is closely linked to unhealthy diet and lack of exercise—and alcohol consumption (16,000 cases and 9,000 deaths).

“We’ve achieved considerable progress in the past ten years in terms of laws and actions that have reduced the prevalence of smoking by more than half, yet it remains the main cause of cancer,” Rezende said. “This reinforces the need for campaigns, taxes or surcharges, and marketing restrictions. We also need to address new issues, such as electronic cigarettes, whose impact on health is unknown. We do know they’re a gateway to nicotine addiction, especially for teenagers and young adults.”

A breakdown by gender showed that smoking affected men (20.8 percent) more than the sum of overweight, lack of exercise, alcohol and unhealthy diet (14.2 percent), whereas for women, the sum of these four factors accounted for a higher proportion of preventable cases (15.2 percent) than smoking alone (10.1 percent).