Home » Health Problems » Healthy Men: Why are we ignoring the epidemic of white male suicides?

Healthy Men: Why are we ignoring the epidemic of white male suicides? 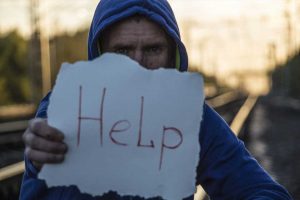 Dear Healthy Men: You recently wrote about a CDC report that supposedly showed that males are more likely than females to commit suicide. Well, my 19-year-old niece recently killed herself and I just saw the new CDC report on youth suicides, which said that the suicide rate among females is growing faster than among males. Why are you pretending that suicide is a male problem when it affects everyone equally?

A: There’s no question that both men and women kill themselves. And every suicide is a tragedy. But to suggest that suicide is a problem that affects everyone equally—or, as some major media outlets have “reported,” that it affects females more than males—is dangerously inaccurate. The simple fact is that overall, for every female suicide there are 3.5 male suicides. In 2017, those numbers were 10,391 and 36,782, respectively. Among young people (ages 10-24) the male-to-female suicide ratio is nearly 4:1. As I noted in the column you referenced, suicide is the 6th leading cause of death among American males. It’s not in the top 10 for females.

Before we get into the reasons behind what I believe is a deliberate distortion of the issue, we need to take a minute to discuss the difference between a “rate” and sheer numbers. You’re right that in the new CDC report, between 2000 and 2016, the overall suicide rate for females increased much more quickly than the rate for males. That makes for great headlines, but again, it’s dangerously inaccurate. Here’s why.

That said, looking at rates can be helpful when tracking changes within groups. For example, white men—especially those aged 25-64—are at least twice as likely to take their own lives as men in every other racial group except Native Americans, who lag white men by about 15% (24 per 100,000 vs 20 per 100,000). And white males, who make up about 30% of the population, account for nearly 70% of all suicides. By the way, white women are far more likely than any other women except Native Americans to commit suicide.

So why aren’t we getting the full story behind the epidemic of suicides? There are a number of factors, chief among them is the fact that reporting the truth about who’s committing suicide would require acknowledging that the contemporary narrative—in which men in general and white men in particular are a universally privileged class and have no legitimate problems—is false. Ignoring the very real issues facing men in this country and continuing to tell men that they should be stoic, that their problems aren’t as big as everyone else’s, and to never ask for help is killing people. Tens of thousands every year.

END_OF_DOCUMENT_TOKEN_TO_BE_REPLACED

END_OF_DOCUMENT_TOKEN_TO_BE_REPLACED
We and our partners use cookies on this site to improve our service, perform analytics, personalize advertising, measure advertising performance, and remember website preferences.Ok