Improving the well-being of heart-failure patients 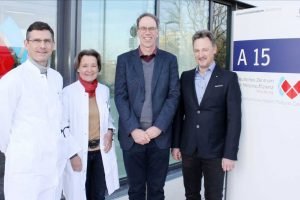 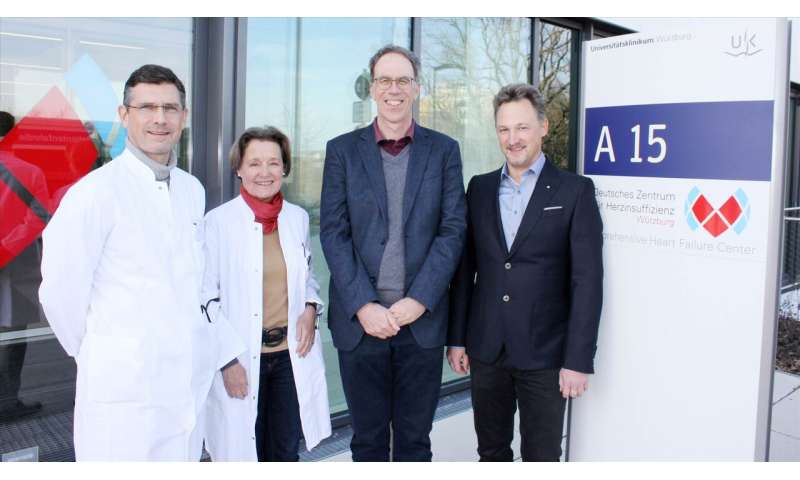 Many patients with an implantable cardioverter defibrillator (ICD) are anxious of the shock delivered by the device to stop life-threatening ventricular arrhythmia or fibrillation. First, the electric shock in the chest can be quite painful; second, to know one would possibly be dead without it, is an ambivalent experience.

This is one of several reasons why an ICD can increase patients’ anxieties, an issue that has been supported by research of the Würzburg psychologist Professor Paul Pauli and his team. His workgroup also has shown that telephone support can alleviate anxiety.

Six-weeks of training on the internet

Now the clinical psychologists of Julius-Maximilians-Universität (JMU) Würzburg in Bavaria, Germany, together with cardiologists from the Comprehensive Heart Failure Center Würzburg (CHFC), have tested a simple yet highly sustainable new approach using the internet to deliver psychosocial support to patients’ homes. As reported in the renowned European Heart Journal, the six-weeks web-based intervention significantly improves anxiety, depression and psychosocial well-being of heart-failure patients in whom the ICD has led to increased psychological burden. Remarkably, positive effects of the program emerged in particular in the long run.

Professor Pauli finds the interest of the journal in the results of the randomized, controlled ICD-Forum trial extremely encouraging: “For me, this is a signal that the cardiological community recognizes the value of IT-based psychological interventions.”

It is well known that heart failure is often associated with increased psychosocial burden. For years, guidelines have recommended that patients with heart disease should be screened for depression. As Dr. Stefan M. Schulz, head of the multi-center study, explains, this important approach has been slowed down by a lack of psychological interventions that can be readily implemented in everyday clinical practice.

“Our study has made a breakthrough here,” says Pauli. “We were able to show that an Internet intervention not only has lasting benefits, but also can be integrated in routine healthcare at hospitals. It is a timely approach with which many patients can be reached.”

Most senior citizens already use the internet regularly

More than 1,200 patients in Würzburg and six other centres were screened for the study. The criteria for participation were an ICD and a measurably increased psychological distress.

“Patients had to feel a need for psychological support,” explains Schulz, “and this was certainly a factor that contributed to the success of the study. In addition, study participants had to be open for using the internet. “Surprisingly, that wasn’t a problem at all,” Schulz said. Most patients in the age group around 65 years were already competent internet users.”

118 patients finally took part in the study. While half of them were part of a randomised control group without the web-based intervention, the other half took part in a six-week web training course in groups of 10 to 20 participants, moderated by Schulz. With a password, they were able to log in anonymously. Once logged in, participants could ask questions, talk to the other patients in a discussion forum, and participated interactively in weekly focus topics.

From anxiety to depression: a new topic every week

The focus of the first week was to get participants acquainted with the program features. In the second week, the central topic was “living one’s life with an ICD.” How does it work, what am I allowed to do?

“Many patients had enormous knowledge gaps, which often give rise to fears,” says Stefan Schulz. “For example, some patients are afraid to cross the barriers in the entrance doors of large stores because rumors are circulating that the electronics are switching off the defibrillators. In reality, there is no problem.”

The third week was focused on reasons for depression and how to fight depression. “In many cases, we adjusted elements from cognitive behavioural therapy and other evidence-based methods. Following a modular approach, participants could tailor the program to their own needs. We put a focus on teaching people how to help themselves. Ideally, what they have learned will continue to be effective even after the programme has ended,” explains Schulz.

The fourth week was focused on anxiety. Important topics here were preparing for the last phase of life. What happens to the Defi when I die? Should I switch it off at some point? Reducing uncertainties, for example in the form of writing a will, is an important step here. Because extended worry about these issues increase fear and worsens quality of life.

The fifth week was comparable to a toolbox from which each patient could take out the right elements individually. Examples were which methods help in dealing with stress or where can I get help in case the web-based program is not enough or tips for disease management.

In the sixth and last week the focus was on defining one’s own agenda and implementing it in everyday life. “We deliberately put an end to the program after six weeks, otherwise the temptation to postpone important questions would be high,” says Schulz.

The psychosocial status of the patients was assessed before and after the six-week training and reassessed one year later. Result: Immediately after the training it became apparent that the participants benefited from the training.

However, a slight improvement in psychological stress was also observed in patients who had not participated in the web training. It is possible that the attention given during the recruitment interview already helped the patients.

After one year, however, the trained patients were significantly better off than the patients without treatment, who showed a strong return to anxiety and depression. “This impressively shows that during the six-week training, the patients acquired competence in how to deal with anxiety,” Professor Pauli sums up. “We have sown a seed for something that grows when it is needed. The patients were sensitised to certain problems and later remembered the tools we gave them.”

A practical way to improve quality of life

For the psychologists and cardiologists from the University of Würzburg and the DZHI, this study, which is the first to show these positive effects, is a door opener.

“In the future, we hope to be able to offer the web-based intervention to all ICD-patients in Germany, and extend it for other target groups,” says Pauli. “Many factors troubling ICD-patients also concern chronic heart-failure patients in general. Our web-based training opens up a practical way to sustainably improve the quality of life of mentally stressed cardiac patients.”