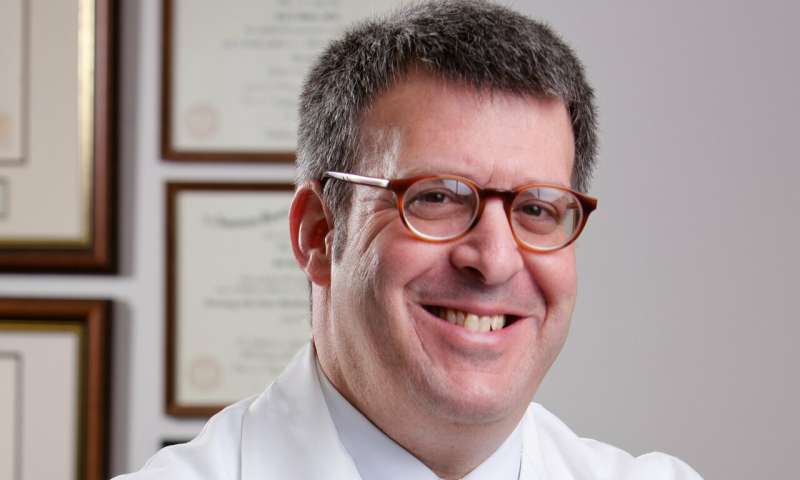 Surgery to remove the thymus gland in patients with myasthenia gravis (MG), a rare autoimmune disease affecting neuromuscular function, provides significant clinical benefits for as long as five years after the procedure, according to a paper published on Jan. 25 in The Lancet Neurology.

The study followed 68 patients for up to five years after undergoing thymectomy, the surgical removal of the thymus gland. The benefits they exhibited included improved disease outcomes, less immunosuppressive medications and fewer hospitalizations to address disease exacerbations. These benefits reduce health care costs.

The paper describes the results of an extension study of a subset of MG patients who were involved in MGTX, an international trial published previously that definitively confirmed the benefit of thymectomy even in MG patients without a chest tumor.

As many as 60,000 Americans have been diagnosed with MG and its incidence is increasing, a result of improved diagnostic techniques and an aging population. Symptoms of MG may include droopy eyelids; blurred or double vision; difficulty speaking, swallowing and breathing; and muscle weakness.

“Our current findings reinforce the benefit of thymectomy seen in that original study, dispelling doubts about the procedure’s benefits and how long those benefits last,” said Gil I. Wolfe, MD, lead author of the international team that conducted the current study, Irvin and Rosemary Smith Chair of the Department of Neurology in the Jacobs School of Medicine and Biomedical Sciences at the University at Buffalo and president of UBMD Neurology. “We do hope that the new findings help reverse the apparent reluctance to do thymectomy and that the proportion of patients with MG who undergo thymectomy will increase.”

Wolfe was clinical chair and lead author for the main MGTX trial, which was reported in the New England Journal of Medicine in 2016, one of the longest and largest clinical trials in the history of MG.

That trial, which followed patients for three years, was the first to definitively confirm the benefits of surgically removing the thymus early in the course of the disease. Patients who had the surgery were compared to those who hadn’t in terms of disease status and how much of the corticosteroid prednisone they needed. Patients who had undergone thymectomy needed about a third-less prednisone to control their disease and also had improved disease outcomes.

The researchers conducted the current study to determine for how long after surgery that benefit could be sustained.

“In prior retrospective studies, there was skepticism that the impact of thymectomy would persist beyond three to four years,” said Wolfe. “The assumption was that after that, the rates of improvement would be identical between patients who had had a thymectomy and those who had not.”

The new results, based on patients’ clinical status, medication requirements and adverse events, proved that assumption incorrect. The researchers found that the benefit from thymectomy continues to be seen up to five years after the procedure with improvement continuing to exceed that seen with medical therapy alone.

Patients who had the surgery and continued to take prednisone were able to take significantly lower doses of the steroid than patients who didn’t have the surgery.

More patients had no functional limitations

The data were evaluated using commonly accepted outcomes for the disease, such as the Quantititave MG Score (QMG) and the proportion of patients with no functional limitations from the disease other than some muscle weakness, known as minimal manifestation status. Significantly more patients who had thymectomy were able to achieve this minimal manifestation status than those who hadn’t.

“When you look at minimal manifestation rates in patients who underwent thymectomy, they are pretty much the highest reported for any population of MG patients after five to seven years of focused management,” said Wolfe.

He added that another important result of the clinical benefits seen in patients undergoing thymectomy is the resulting economic benefit.