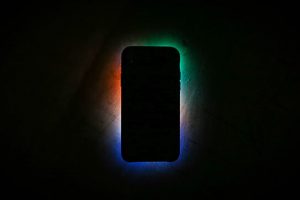 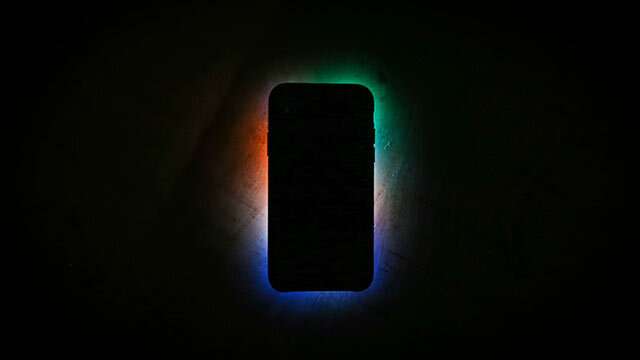 Either to check the time or waste time, people often look at their smartphones after waking in the middle of the night.

While this acute burst of light does make it more difficult to fall back to sleep, a new Northwestern University study reports that it won’t interfere with the body’s overall circadian rhythms.

For the first time, researchers directly tested how short pulses of light are processed by the brain to affect sleep. They discovered that separate areas of the brain are responsible for short pulses versus long-term exposure to light. This finding challenges the widely accepted, long-held belief that all light information is relayed through the brain’s suprachiasmatic nucleus (SCN), which synchronizes the body’s sleep/wake cycles.

“Prior to the widespread use of electricity, our exposure to light and darkness occurred in a very predictable pattern,” said Northwestern’s Tiffany Schmidt, who led the study. “But light has become very cheap. We all have smartphones, and their screens are very bright. We’re all getting exposed to light at the wrong times of day. It’s becoming more important to understand how these different types of light information are relayed to the brain.”

The paper will publish July 23 in the journal eLife. Schmidt is an assistant professor of neurobiology in Northwestern’s Weinberg College of Arts and Sciences. The study was carried out in collaboration with the laboratories of Fred Turek, the Charles and Emma Morrison Professor of Neurobiology in Weinberg, and Samer Hattar, section leader at the National Institute of Mental Health.

After light enters the eye, specialized neurons called intrinsically photosensitive retinal ganglion cells (ipRGCs) carry the light information to the brain. Before Northwestern’s study, researchers widely believed that all light information went through the SCN, a densely packed area in the hypothalamus known as the body’s “circadian pacemaker.”

“Light information comes into the SCN, and that’s what synchronizes all of the body’s clocks to the light/dark cycle,” Schmidt said. “This one master pacemaker makes sure everything is in sync.”

To conduct the study, Schmidt and her team used a genetically modified mouse model that only had ipRGCs projecting to the SCN—but no other brain regions. Because mice are nocturnal, they fall asleep when exposed to light. The mice in the experiment, however, stayed awake when exposed to short pulses of light at night. The mice’s body temperature, which also correlates to sleep, also did not respond to the short-term light.

The mice maintained a normal sleep/wake cycle and normal rhythms in their body temperature, suggesting that their overall circadian rhythms remained intact. This helps explain why one night of restless sleep and smartphone gazing might make a person feel tired the following day but does not have a long-term effect on the body.

“If these two effects—acute and long-term light exposure—were driven through the same pathway, then every minor light exposure would run the risk of completely shifting our body’s circadian rhythms,” Schmidt said.

Now that researchers know that the light-response system follows multiple pathways, Schmidt said more work is needed to map these pathways. For one, it is still unknown what area of the brain is responsible for processing acute light.

After more is known, then researchers might understand how to optimize light exposure to increase alertness in those who need it, such as nurses, shift workers and emergency personnel, while mitigating the harmful effects of a wholesale shift in circadian rhythms.

END_OF_DOCUMENT_TOKEN_TO_BE_REPLACED

END_OF_DOCUMENT_TOKEN_TO_BE_REPLACED
We and our partners use cookies on this site to improve our service, perform analytics, personalize advertising, measure advertising performance, and remember website preferences.Ok