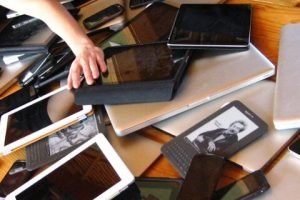 The ‘right’ amount of dopamine in the brain makes study participants better at solving certain cognitive tasks. This is the conclusion of Bryant Jongkees after experiments and a literature review. Ph.D. defence on 21 February.

Do you find it easy to switch between Instagram and your study assignments? Or to remember someone’s phone number? And what about saying no to a slice of that cake that yet another colleague has brought because its their birthday? If so, you may just have the right amount of dopamine in your brain.

For his Ph.D. research, Bryant Jongkees studied the relationship between dopamine and the ease with which people carry out what are termed cognitive tasks. In his experiments, the study participants were better at their tasks if the level of dopamine in their brains was artificially increased.

“For the experiment, I gave 20 study participants a fruit juice containing tyrosine, a building block for dopamine that can be found in your regular diet,” said Jongkees. “I then got them to do memory tasks. For instance, they had to look at a series of letters and then say each time if a letter that appeared on the screen had already appeared in the series. When they were given tyrosine, their performance was significantly better than when these same people were given a placebo. They were faster and made fewer mistakes.”

In his research, Jongkees also concluded that there is a link between the amount of dopamine and the number of times that people blink their eyes. He did this on the basis of an extensive literature review that involved collecting the conclusions of more than 100 previous studies on this topic. People who blink more often probably have more dopamine in their brains.

The frequency of blinking can be an important source of information in clinical research. According to Jongkees, there is an optimum amount of dopamine that people should have in their brains. If the amount in your brain differs too much from this, it can cause problems. Patients with Parkinson’s disease have a significant dopamine deficiency in the brain, and thus perform less well in cognitive tasks than healthy people. Patients with Parkinson’s disease also blink their eyes less often, a clear sign of their dopamine deficiency. Schizophrenia, on the other hand, is a consequence of too much dopamine, and this can cause patients to hallucinate, be easily distracted and blink their eyes extremely frequently.