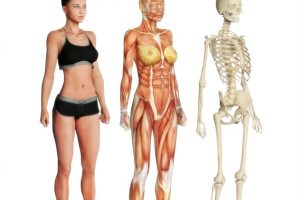 It was in the 1970’s that the angioplasty procedure was started to be use for blocked heart arteries, or coronary arteries, as they are called. It rapidly became a successful procedure in the majority of patients, both because it restored the patency of the blocked blood vessels and because it was much less invasive than conventional open-heart arterial bypass surgery.

Balloon angioplasty was the first procedure to attain wide application, and consisted of reopening a blocked vessel by inflating a small balloon at the end of a catheter passed into the vessel. However, in several patients, the elastic recoil of the strong elastic fibers in the wall of the artery meant that up to 40% of the widening was lost within a short time.

To counteract this, the arterial stent began to be used. It reduced the rate of recurrent blockage. However, clot formation, or thrombosis, and blockage of the stent still occurred in up to 15% of patients after angioplasty and stenting.

The inflation of the balloon inside an artery blocked by an atheromatous plaque literally smashes the atheroma against the arterial wall, and stretches the artery. This causes the atheroma to fracture, with the injury extending deeper into the vessel wall.  Thus balloon inflation causes an acute, less controlled and more diffuse type of arterial injury during vessel widening.

Restenosis is caused by elastic recoil of the arterial wall, constriction of the artery due to the formation of fibrous scar tissue (called negative remodeling) and the persistence of the plaque. It is more common after angioplasty than stent placement. Negative remodeling causes a loss of up to 66% of the increase in lumen size. These mechanisms underlie the recurrent blockage or restenosis of the type called post-angioplasty restenosis, or PARS.

In-stent restenosis (ISR) involves an abnormal healing mechanism in response to continuing injury. There are multiple mechanisms which produce and aggravate injury to the vessel wall after stenting:

Thus a stent produces more lasting and deep injury than the balloon.

Elastic recoil and post-injury vascular constriction are largely prevented by stent placement, so that the lumen remains much wider after this procedure. Thus the mechanism of in-stent restenosis (ISR) is different.  Here the contributing players are:

Why does healing lead to hyperplastic growth and blockage of the injured artery? The most popular explanation is that it is an exaggeration of a physiological phenomenon that follows injury. While initial endothelial migration to cover the metal surface of the stent is a healthy reaction, and protects against recurrent thrombus formation and blockage, prolonged inflammation causes abnormal hyperplastic neointimal growth and restenosis.

The late phase occurs over weeks and months following the injury, and witnesses neointimal hyperplasia. This eventually leads to the formation of bulging scar tissue which blocks the stent or the artery.  Oxidative stress is another contributor to endothelial dysfunction and resulting overgrowth of the intima.

There is another major contributor to stent failure, which is late thrombosis. This occurs after drug release from the stent stops, and is precipitated by the loss of endothelium from part of the arterial wall. To counteract this, systemic antiplatelet and anticoagulant agents are continued for a year after stenting with DES.