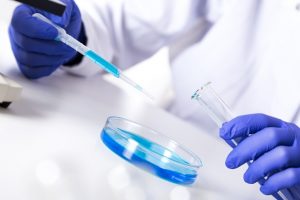 In most cases the rods are affected first and cones are affected less commonly. However, in more aggressive and rapidly progressive types of retinitis pigmentosa cones may also be affected. The predominance of rod or cones over the other type of photoceptor thus is determined by the particular genetic defect in that patient.

Based on inheritance patterns, the severity and course may be different. For example:-

Other causes of retinitis pigmentosa

Non-inherited or non-genetic causes of retinitis pigmentosa are rare. This means that it is rare to find a case where there is no family history of the condition. Viral infections have been implicated but researchers believe that new mutations may be the underlying cause of such cases.

Dr. Ananya Mandal is a doctor by profession, lecturer by vocation and a medical writer by passion. She specialized in Clinical Pharmacology after her bachelor's (MBBS). For her, health communication is not just writing complicated reviews for professionals but making medical knowledge understandable and available to the general public as well.