The unexpected creates reward when listening to music 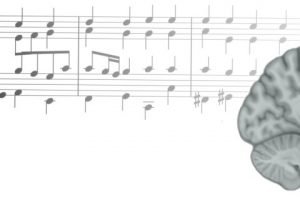 If you love it when a musician strikes that unexpected but perfect chord, you are not alone. New research shows the musically unexpected activates the reward centre of our brains, and makes us learn about the music as we listen.

Researchers led by Ben Gold, a Ph.D. candidate in the lab of Robert Zatorre at The Neuro (Montreal Neurological Institute and Hospital), of McGill University, put 20 volunteers through a musical reward learning task. Each participant chose a colour, then a direction. Each choice came with a certain probability of leading to either a consonant, pleasurable, musical excerpt or a dissonant, unpleasurable one. Over time the subjects learned which choices were more likely to produce both consonant and dissonant music.

The test was designed to create an expectation of either musical enjoyment or dissatisfaction. Subjects performed this task while their brain activity was measured with functional magnetic resonance imaging (MRI).

Using an algorithm, the researchers then determined the reward prediction error for each choice—the difference between an expected reward and the actual reward received. They compared that data to the MRI data, and found that reward prediction errors correlated with activity in the nucleus accumbens, a brain region that in previous studies has been shown to activate when the subject is experiencing musical pleasure. This is the first evidence that musically elicited reward prediction errors cause musical pleasure. It is also the first time an aesthetic reward such as music has been shown to create such a response. Previous studies have focused on more tangible rewards such as food or money.

Subjects whose reward prediction errors most closely matched activity in the nucleus accumbens also showed the most progress in learning the choices that led to the consonant tones. This establishes music as a neurobiological reward capable of motivating learning, showing how an abstract stimulus can engage the brain’s reward system to potentially pleasurable effect and motivate us to listen again and again.