Home » Health Problems » What is Restenosis? 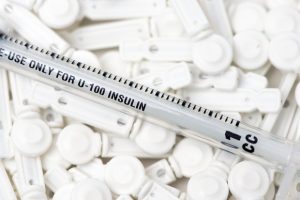 Restenosis or recurrent lumen narrowing is a major complication of open and percutaneous arterial reconstruction methods, which leads to restricted blood flow and subsequent failure of vascular procedures. This is considered one of the most exasperating problems of modern cardiovascular medicine.

In contrast to a myriad of hurdles solved by the pioneers of both open and percutaneous revascularization, restenosis remains a major limiting factor of basically every form of arterial reconstruction. The ensuing morbidity (predominantly in the form of repeated interventions) has resulted in a health care burden costing billions of dollars.

The definition of restenosis

The term restenosis was initially used in the 1950s in order to describe recurrent heart valvular stenosis; later it was embraced to define recurrent narrowing of the lumen following open arterial reconstruction (for example, surgical treatment of carotid artery disease). Today, there is a challenge in finding a relevant definition for this problem.

A common definition of restenosis is based on angiography, using a threshold value – usually stenosis equivalent to approximately 50% or approximately 70% of the vessel diameter. Nevertheless, such definition may not have clinical relevance, particularly if there are no symptoms and no associated adverse events.

Thus certain authors strive for a more clinical approach to restenosis – for example, in-stent restenosis is often defined clinically when there is objective evidence of recurrent angina or myocardial ischemia. Furthermore, length of the lesion can also be taken into account as a part of the definition.

Percutaneous coronary angioplasty was already broadly used as a successful intervention in the 1980s; nevertheless, restenosis occurred in up to 60% of patients, usually in form of recurrent symptoms in the months following the procedure. The use of stents managed to reduce this complication, but the problem was not solved (especially considering an explosive growth of percutaneous interventions around the world).

There are a number of identified genetic and acquired risk factors that predispose individuals to restenosis. Diabetes is considered as the most important risk factor, but certain patient demographic factors (such as race, gender, blood pressure and smoking) can also influence the outcome of the surgery.

In addition, different research groups have shown that placing multiple stents can double the risk for restenosis, which is due to a greater length of the primary lesion and a larger surface that is covered by stent material. This is the reason why the success of applied interventional method is determined not only by its efficiency and reliability in recovering the lumen, but also by reducing the risk of restenosis.

Dr. Tomislav Meštrović is a medical doctor (MD) with a Ph.D. in biomedical and health sciences, specialist in the field of clinical microbiology, and an Assistant Professor at Croatia's youngest university – University North. In addition to his interest in clinical, research and lecturing activities, his immense passion for medical writing and scientific communication goes back to his student days. He enjoys contributing back to the community. In his spare time, Tomislav is a movie buff and an avid traveler.