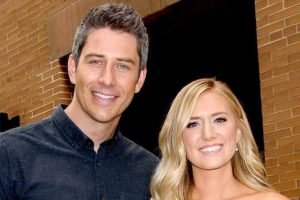 Baby steps! Arie Luyendyk Jr. and Lauren Burnham welcomed their baby girl on Wednesday, May 29, and are off to a great start.

“We survived our first night at home,” the race car driver, 37, wrote on his Friday, May 31, Instagram Story. “She’s such a good sleeper.” In the sweet shot, the former Bachelor’s daughter, Alessi, slept in her dad’s arms while wearing a pink hat.

In November 2018, Us Weekly broke the news that the Bachelorette alum and his wife, 27, were expecting their first child. “Lauren took [seven tests] and they were all positive,” the ABC personality told Us exclusively at the time. “We weren’t trying, but we are so excited. It’s going to be a whole new chapter in our lives.” 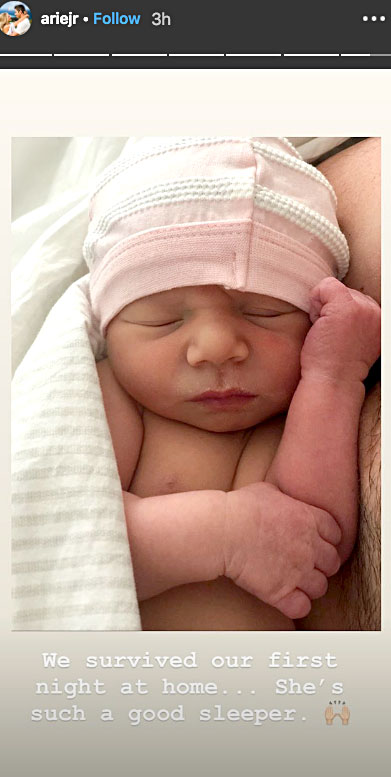 The Bachelor alum announced the baby-to-be’s sex with a gender reveal in January, the same month that they tied the knot in Maui.

To celebrate their daughter’s impending arrival, the reality stars threw an April baby shower complete with an ultrasound machine for pregnant guests to be scanned, a waffle and fruit bar and a bottle-chugging competition.

“This little babe is so loved,” the pregnant star captioned a PDA pic with her husband at the time. She cradled her bump in a white dress while the real estate agent kissed her head. 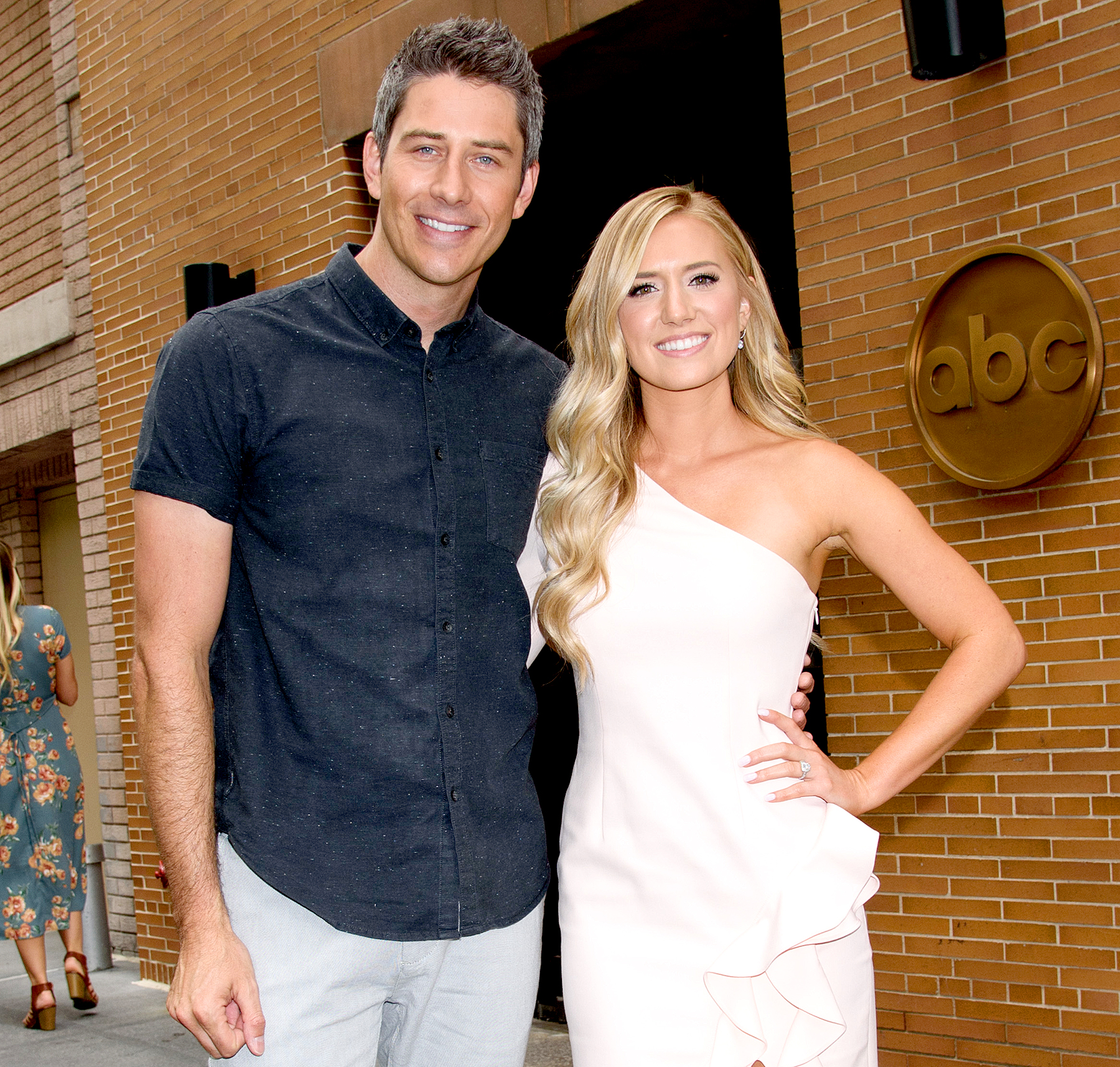 After Alessi’s birth earlier this week, the couple revealed to Us exclusively whom their bundle of joy already looks like. “It’s amazing to see this tiny person that is half of each of us,” the couple told Us in a statement on Thursday, May 30. “She has Dad’s hands and fingernails and [a] lot of Mom’s facial features. We are still at the hospital, but we are excited to bring her home soon!”