“Adam brought it to me pretty early in my pregnancy and he was like, ‘Ellen [DeGeneres] came up with this amazing name, Dusty,” the model, 31, said on The Ellen DeGeneres Show on Tuesday, May 28. “And I love [singer] Dusty Springfield, so I obviously know the name, and I was like, ‘Dusty. That is not… My parents are going to think that’s a piece of dust. They’re Afrikaans. English is not their first language. Dusty, no way. No, no, no way.’”

She added: “As the months went by and the belly grew and the name kept coming in and out, she was born and she was a Dusty.” 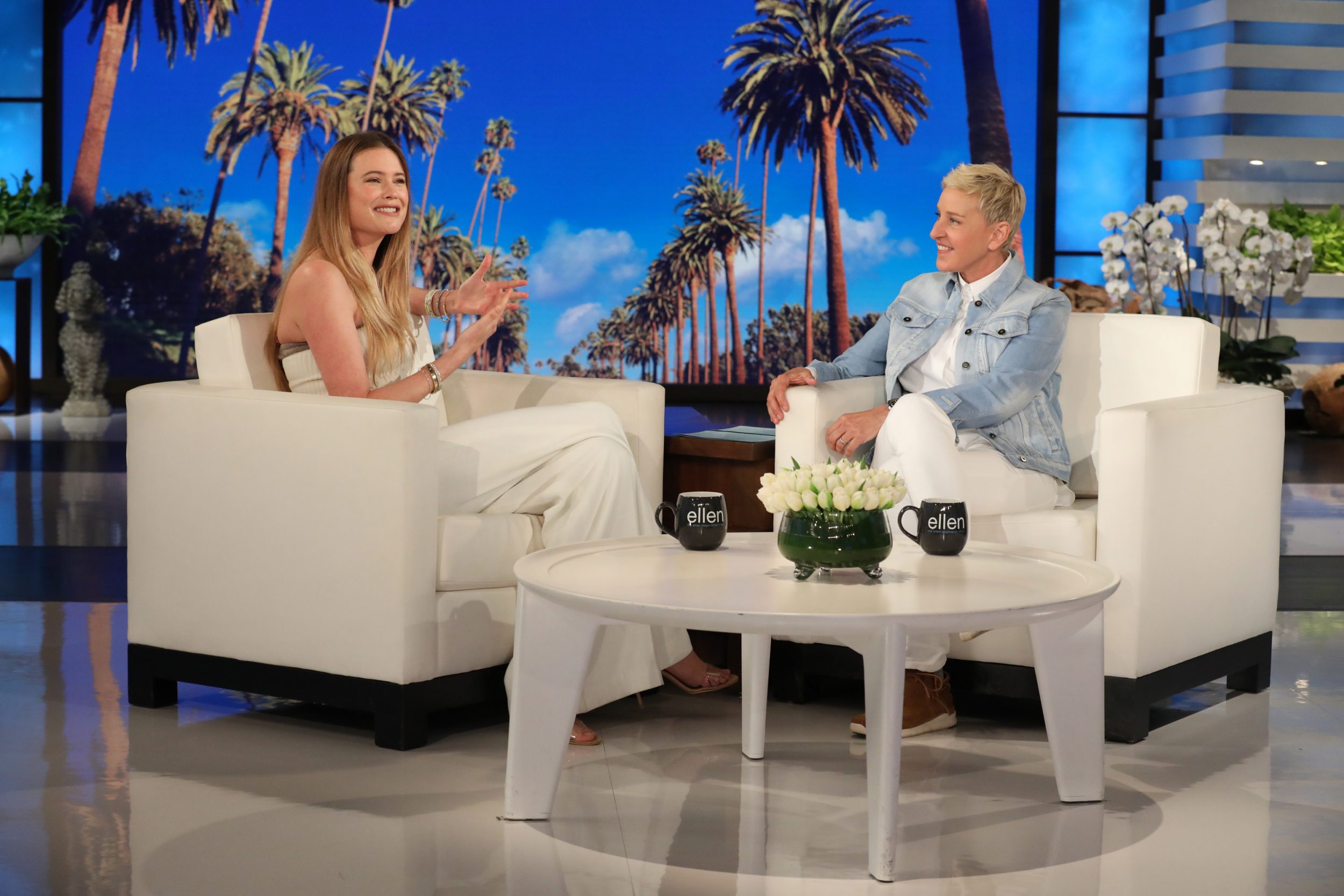 Prinsloo and the former Voice judge, 40, welcomed their baby girl in September 2016. She became a big sister in February 2018 when the Victoria’s Secret model gave birth to their second daughter, Gio.

When asked if she and the Maroon 5 frontman have plans for a bigger brood in their future, Prinsloo told the talk show host, 61: “He wants five and I thought I wanted five, but now I think maybe three or four would be good. I’m backing off just by one. Adam can’t have everything. I’m carrying them, you know.”

On Friday, May 24, The Voice host Carson Daly announced that Levine will not appear on the upcoming season of the NBC singing competition.

“After 16 seasons, Adam Levine, our beloved coach and friend, has decided to leave The Voice,” Daly, 45, said on the Today show at the time. “Adam was one of the original coaches that launched the show, winning the competition three times and inspiring many of the artists he worked closely with over the years.”

He went on to say, “Of course, many viewers will miss his frenemy relationship with Blake Shelton. He will always be a cherished member of the Voice family. We wish him nothing but the best.”