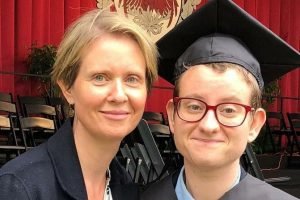 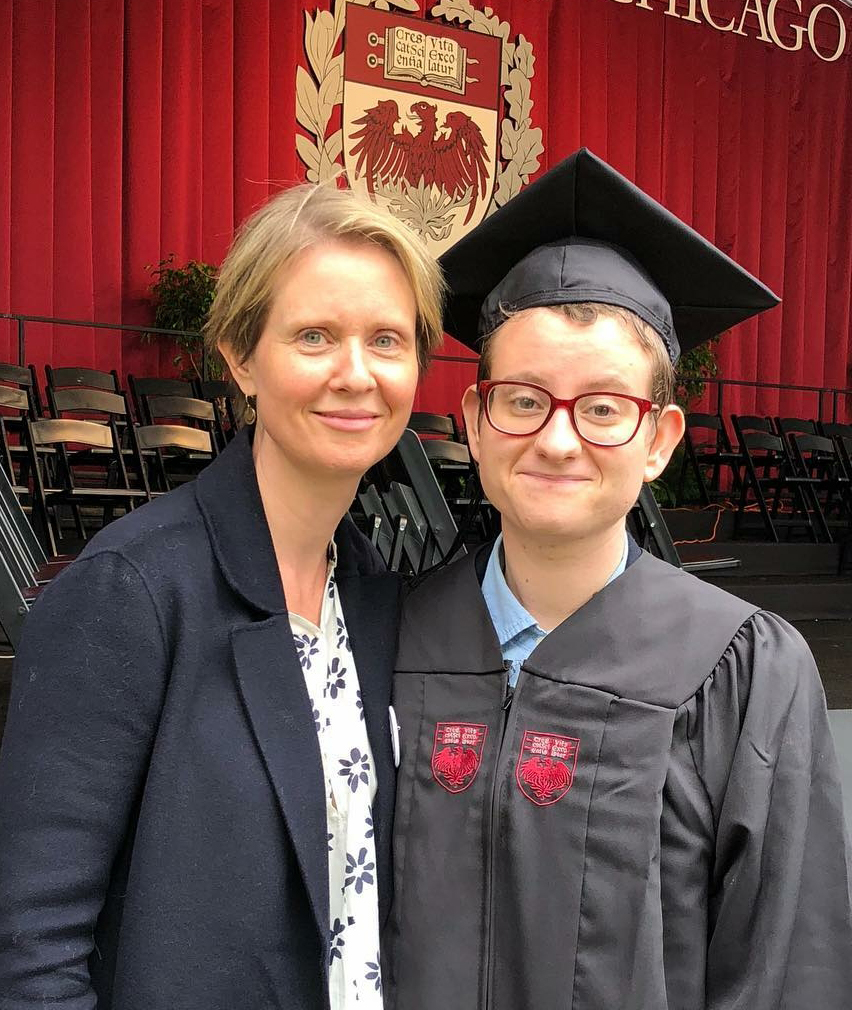 One proud parent! Cynthia Nixon’s eldest child came out as transgender last year, and the Sex and the City alum admires him for it.

“I’m very proud of him,” the actress, 53, told Us Weekly exclusively on Monday, April 29, at the Stray Dolls world premiere at Tribeca Film Festival. “It’s one of those things. I felt really weird using the other pronoun in public, but people didn’t know yet. … He was good with it, and it was really nice, actually, when we announced it. There was some general, you know, voicings of support but generally it was not a big deal.”

She added: “I was kind of shocked at what a non-event it was, which is just how far we’ve come in such a short amount of time.” 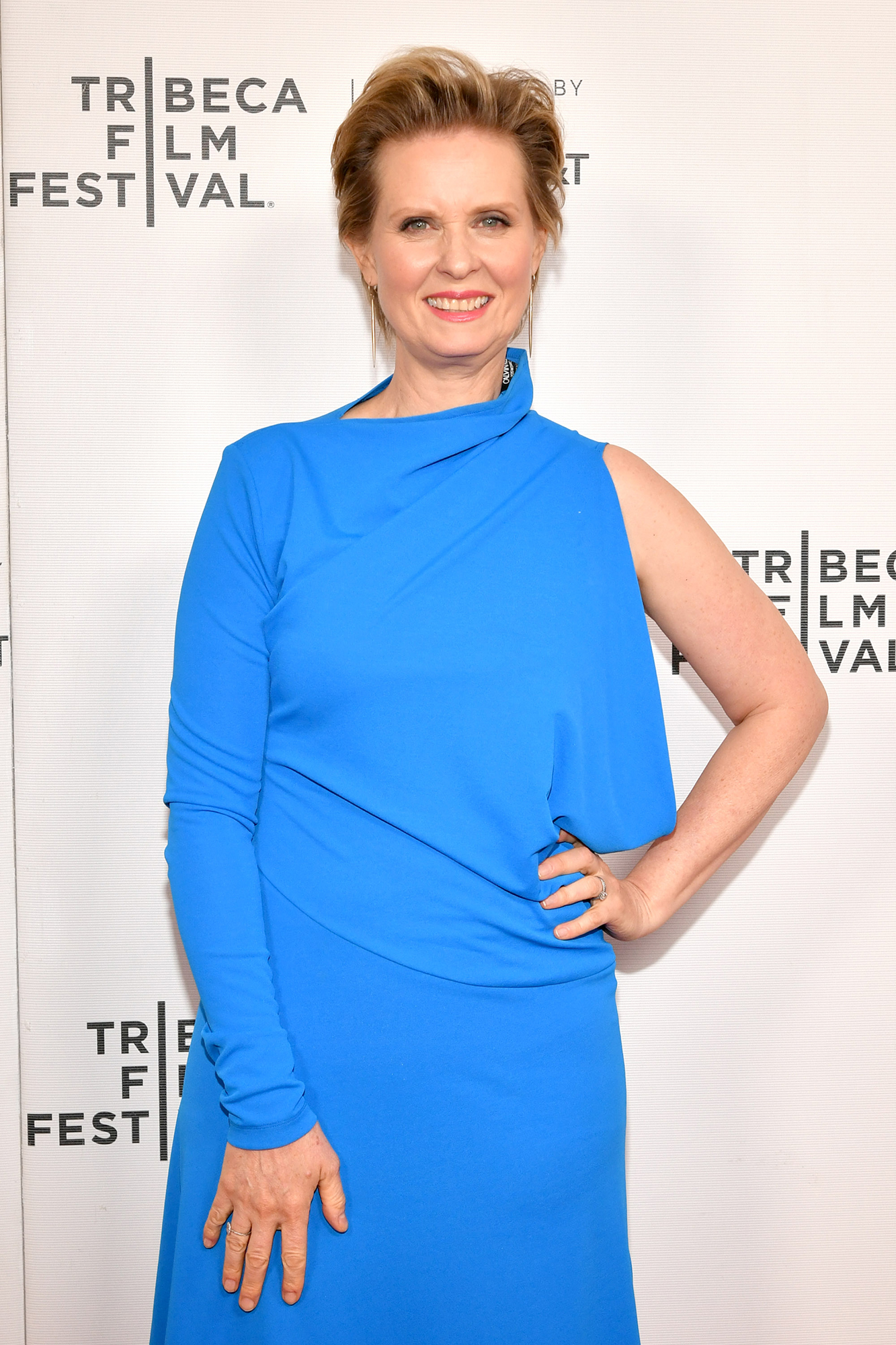 The Quiet Passion star, who shares Seph and Charles, 16, with her ex-partner Danny Mozes, also has son Max, 8, with her wife, Christine Marinoni. She gave Us an update on each member of her brood.

“My oldest child is living in Chicago and making a life in the theater,” Nixon told Us. “My middle child is in 11th grade working hard, and my little kid is in 2nd grade and he’s in a play in school.”

The politician revealed that Seph is transgender in June 2018. “I’m so proud of my son Samuel Joseph Mozes (called Seph) who graduated college this month,” she wrote on Instagram at the time. “I salute him and everyone else marking today’s #TransDayofAction. #TDOA.” In the photo, Nixon and her eldest smiled for the camera at a graduation ceremony at The University of Chicago.

With reporting by Nicki Gostin