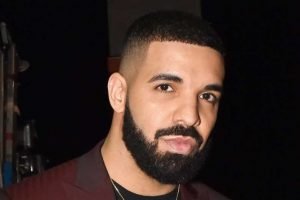 Drake wants his Instagram followers to know that his six-pack is “All Me.”

The rapper, 32, uploaded a photo of himself standing on a hotel balcony, overlooking the ocean, during a tropical vacation on Thursday, May 16. While going shirtless, he bared his chiseled chest and abs, showing off his many tattoos. “I forget what it’s called but I remember the feeling,” he captioned the post.

I forget what it’s called but I remember the feeling ✅

In the comments section, Drake’s friends and fans joked about his “Thirst Trap” post and the “girls screenshotting” it. However, one response in particular caught the four-time Grammy winner’s eye.

“You got fake ab surgery in Colombia,” Carnage claimed. “You ain’t foolin anybody.”

Within minutes, Drake jokingly fired back, “Is this cause you are angry about the one thing that happened with that one person the other day that you thought was your wifey.”

Drake has been the subject of plastic surgery rumors in the past. In 2016, rapper and broadcaster Joe Budden poked fun at Drake’s “sculpted” abdomen on his diss track “Afraid.” Budden, 38, also tweeted at the time that Champagne Papi “saw Dr. Miami & didn’t tell y’all.” Pusha T resurfaced the rumors in his 2018 diss “Infrared,” on which he accused Drake of having a “surgical summer” filled with “snip, snip, snip.”