Matthew McConaughey Gets Bruises From This Parenting Strategy 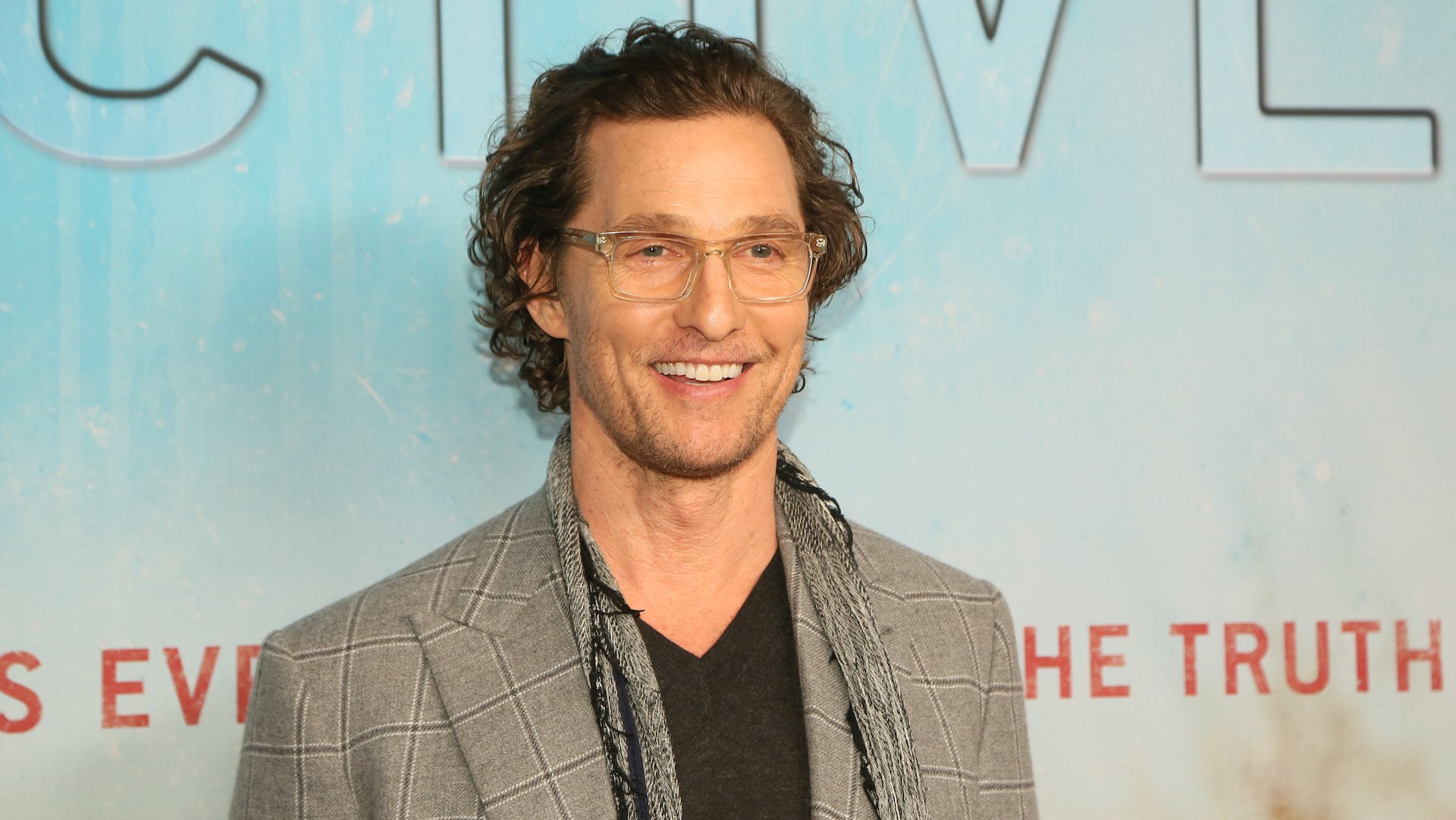 Alright alright alright! Is it just us, or does Matthew McConaughey seem like he’d be the chillest, most laid-back dad of all time? Case in point: On Jan. 21, the actor and father of three told Ellen DeGeneres that his youngest son often has trouble using his words. No problem, though: McConaughey says a good old-fashioned family wrestling match works wonders.

“He’s a literal handful, meaning he’s the comedian as well as the bruiser,” Serenity actor McConaughey stated. ”He sometimes doesn’t like to use his words enough to get his point across. He gets a little of that from me. I like to wrestle. We have a wrestling mat. When you come in the door that’s what we have out there, so if someone’s got really something that they want to contest and they don’t want to talk about it, let’s go up on the wrestling mat, gang.”

Let’s go up on the wrestling mat, gang. McConaughey, you’re slaying us. We may all have to buy Lincoln cars and build family wrestling rings after this.

Don’t worry one bit about Livingston or his siblings though. McConaughey was quick to reassure host DeGeneres that the only one getting bruised and banged up is him: “I’m the one who comes out of it with the bruises,” he laughed.

McConaughey also once tossed his other son, Levi (then six months, now 10), to Alves to save the baby from a charging mountain ram. And you think we’re kidding.

Oscar winner McConaughey and wife Alves also share a daughter, Vida, 9. We’re hoping everybody gets some time on the fam’s wrestling mat, because seriously, how great is that? We’re especially hoping Alves gets some special “wrestling time,” after the kids are asleep. Um. Did we type that out loud?

We have a very fond place in our hearts for Alves, who posted this pie on her Instagram feed in November. I mean, could there be a funnier, cooler set of parents? How did we miss out on this parent lottery?

Extra cool points (like they need to rack up any more) for these two ridiculously photogenic, bongo-owning parents: they recently took Levi and some of his buddies to see Levi’s favorite band, BTS, in concert.

“Levi wanted to go see BTS for his birthday,” McConaughey explained. “They’re South Korean, and my son is walking around the house months before he wants to go to this concert, and he knows all the songs. He was rapping Korean.” OF COURSE HE IS.