Home » Kids Health » Ricky Martin: I Have a 'Couple Embryos Waiting for Me' to Expand My Family 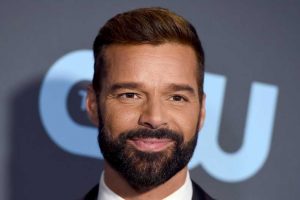 Room for a few more? Ricky Martin‘s family of six could get even bigger in the future — but his husband, Jwan Yosef, might need some time to adjust to the idea.

“Some people think I’m crazy, but I love a big family and I have a couple of embryos waiting for me,” he said. “I don’t know. That’s all I got to say.”

Martin added, “Jwan is going crazy at the moment, but it’s OK, don’t tell him.”

The Grammy winner and Yosef, 36, are already the parents of 12-year-old twin sons, Valentino and Matteo, daughter Lucia, 2, and 14-month-old son, Renn. Martin told Entertainment Tonight that his twin sons are entering the “funky” stage of pre-adolescence.

Celebrity Parents Who Have Twins

“And on top of that, we’re dealing with a lockdown and it’s ‘Grrr…get out of the way! This is my room, not yours, blah blah,’” the Puerto Rico native said. “You know, it’s all part of it. But these two are really cool kids. They’re doing really good in school considering what we’re dealing with, and they have a beautiful little sister and a little brother, and they own that role of the protective older brothers.”

He continued, “So, it’s very beautiful. I’m very, very proud of them and I’m very lucky to have the family that I have.”

Martin and Yosef — who tied the knot in 2017 — announced the birth of their youngest son, Renn, via Instagram in October 2019.

Martin revealed in September 2019 while accepting an award at the Human Rights Campaign National Dinner that he and Yosef were expecting a fourth child.

“My family’s here,” the “María” singer said at the time. “My husband, Jwan, I love you, my beautiful twins, Valentino and Matteo, they’re also here, I love you with all my heart. You’re my strength, you inspire me every day, you motivate me to keep doing what I’m doing and you guys are amazing kids. You guys are amazing. I love you. And by the way, I have to announce that we are pregnant. We are waiting. I love big families.”

COVID-19 is a respiratory disease that in most cases is mild/moderate in severity. Pregnant women who get COVID-19 are typically […]

END_OF_DOCUMENT_TOKEN_TO_BE_REPLACED

Mommy and me time! Kim Kardashian enjoyed a fun-filled day with her daughter Chicago amid her divorce from Kanye West. […]