Tantri the Mantri is now king: ‘It’s about making the naughtiest kid the class monitor’ 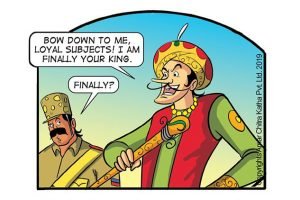 Tinkle's Tantri the Mantri becomes king: “Since he was behind most of the attempts of King Hooja’s life, he would now be paranoid about someone pulling a Tantri on him,” says Rajani Thindiath, Editor-in-Chief, Tinkle. 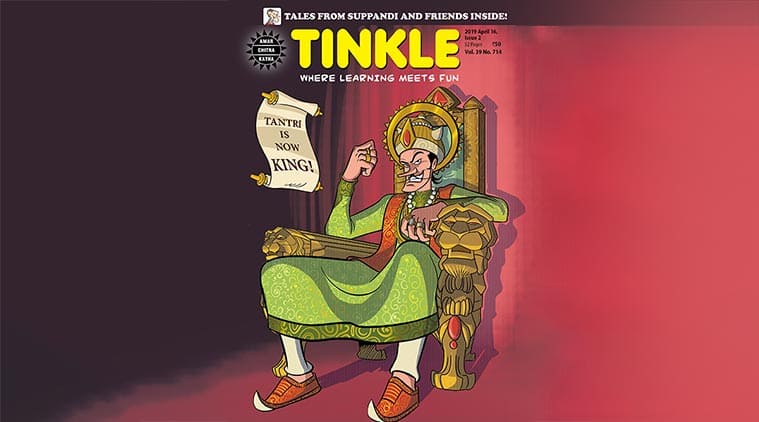 Tantri the Mantri is now king of Hujli, after 35 long years of plotting against Raja Hooja. We spoke to Rajani Thindiath, Editor-in-Chief, Tinkle on whether this sends the message of evil triumphing over good and other plans for Amar Chitra Katha comics.

Tantri the Mantri has now become king, a position he has been eyeing for a long time. How did this happen?

This happened through a lot of effort from Tantri’s part and loads of prayers (read mails) from the readers. Also, this year, we wanted to spice up the storylines of the Tinkle Toons and take a fresh look at stories we have known for decades.

Tantri the Mantri is known for plotting against Raja Hooja. So, does this new narrative seem to reward evil over good? How do you see it?

This twist is about how one deals with responsibility. Everyone wants to be the class monitor but how do they deal with it, once they are one? Do they protect their friends who are caught talking in class or does making the naughtiest kid the monitor teach them a thing or two about responsibility? 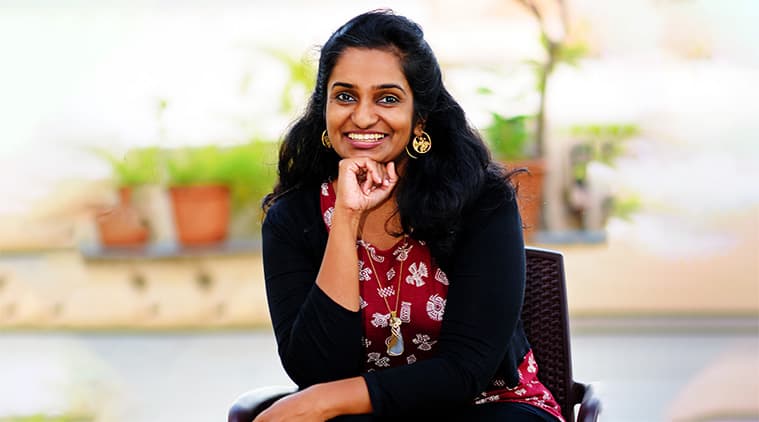 It’s said that everything’s fair in love and war. In real life as well, politics and power tend to believe in the end justifying the means. Do you think this might send that message to kids?

We have not received one letter from a child who wants to emulate Tantri’s ways. Tantri has been the only villain in Tinkle who has been so loved by generations of readers of Tinkle comics. They seem to see in him as someone who works hard for his goal. They also relish his antics.

Tell us about the legacy of Tantri the Mantri and why the need to change track now.

Tantri the Mantri, unlike most of our Tinkle Toons, was conceived by several people in the team of Tinkle at the time. The first story was written by Prasad Iyer and it was illustrated by Ashok Dongre. It debuted in Issue 85 in 1984. It has been 35 long years and in all that time we received incessant requests from readers to allow Tantri to be the king. This year sees a whole bunch of Tinkle Toons, right from the classic icons Shikari Shambu and Tantri to the new Toons WingStar, NOIS and YogYodhas, taking on story arcs. When we looked at Tantri, we thought it was the right time to give him a chance at the throne.

What can we see in coming storylines on Tantri?

It will be an exciting time for Tantri. He has to deal with the responsibilities of being king. He also realises that he is now a target for assassination attempts, just like King Hooja was. He will have to unearth the conspiracy if he is to remain safe and retain the throne. After all, since he was behind most of the attempts of King Hooja’s life, he would now be paranoid about someone pulling a Tantri on him. 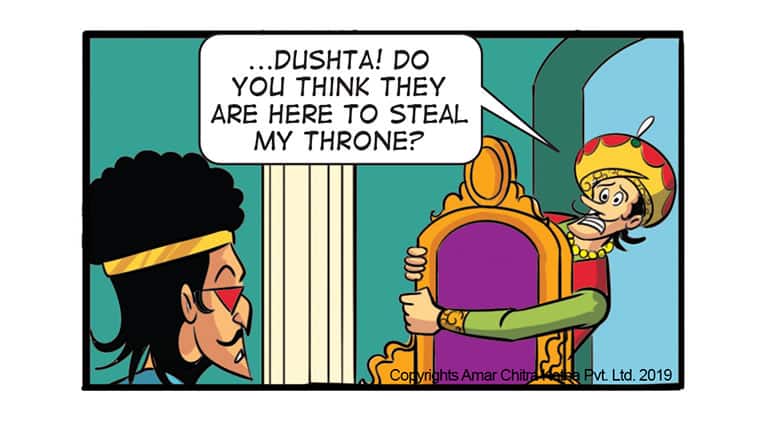 As a trend, is the comic reading habit still alive in children? What are kids drawn to these days?

I have always thought comic reading provides a fantastic first step to reading for children. Those kids who are intimidated by a lot of text are drawn to the visual form of storytelling that is comics. In fact, we have had readers compare reading a Tinkle story to watching a 10-minute movie. To further this effort, Amar Chitra Katha and Tinkle are currently running the year-long #ReadingIsGood campaign. We want parents to take the onus and be examples to their kids by reading themselves and thus provide an environment of reading. We also want parents to consider reading a family activity. We are hosting storytelling workshops in our office and have also kickstarted the #ReadingIsGoodChallenge on social media inviting people to post a picture of themselves reading and tag people they know to take the challenge forward.

As for the second part of the question, the world has gone digital in a major way and so have the interests of children. It is common to see children attached to gadgets from the TV to the mobile phone and computer. So it is vital to remember that stories can be imbibed in any form. Our attempt to reach readers digitally is to launch the Tinkle and Amar Chitra Katha apps.

How have you reinvented the Amar Chitra Katha brand to reach out to today’s kids? Will we see anything new in the arcs of popular characters like Shikari Shambhu, Suppandi, etc?

Children of today are extremely aware about themselves and the world around them. They are products of their times. They have the world at their fingertips through various devices. When I took over as the Editor of Tinkle, I wanted to use the opportunity to make them aware of several issues. One was gender equality and neutrality. We introduced a range of female characters in Tinkle from Aisha in SuperWeirdos and Mapui in WingStar to Nadia in NOIS, Bala in YogYodhas and Buchki in Buchki and the Booligans. We make every attempt to depict various professions as gender neutrally as possible. So you’ll see women as much as men as mechanics and security guards as well as heroes and villains. The same applies to pronouns. ‘She’ is used as much as ‘he’ even in a general context. We show boys crying and playing with dolls as much as we feature girls climbing trees and enjoying rough sports. Another issue close to my heart is diversity. We live in a nation that is the original melting pot of cultures. I felt children needed to be aware of this diversity and yet treat it as normal. So, our characters exhibit skin tones ranging from dark to light. We set our stories across the length and breadth of the country. We also have protagonists who take their abilities and disabilities in their stride. For example, we had a story where a girl stopped a pizza thief by zipping through in her wheelchair!

And yet, no matter what we do, the core of Tinkle remains the same—a place ‘Where Learning Meets Fun’. Children don’t like to be preached at. This is why every ‘learning’ in Tinkle comes with a heavy dose of ‘fun’.