This Reddit Dad Is ‘Sick’ of People Overpraising His Parenting

People are so amazed by my husband. “He makes school lunches?” “He gets up in the middle of the night with the baby?” “He changes their diapers?” Um…yes. So? Obviously, I love and appreciate him — we are a team! — but I’m also frustrated with how low the bar is set for men when it comes to parenting. I don’t get a parade for being a mom, and I make the baby’s food with my own breasts! I mean, talk about some magical, life-sustaining, liquid gold, and you are praising my husband for pouring milk into a cereal bowl. It’s a little ridiculous! Even dads are fed up with society’s tendency to overpraise men for parenting their own kids, and one dad vented his frustrations about it on Reddit.

In the parenting subreddit, a dad of a 3-year-old wrote that he loves his son and wife and “wouldn’t change anything about our family at all,” but he is “sick” of the way people view him as a parent. He added, “Whenever I’m out with just my son, people always comment that it’s cute that I’m spending time with my son. People constantly imply that I as a father do this as some sort of novelty.”

He continued, “He’s my son, we go out and hang. We enjoy each other’s company. I know how to parent, I do it everyday. I’m not just ‘winging it’ or just doing the fun stuff. I hear these comments and all I want to do is scream in the person’s face that ‘I PARENT TOO!’”

This is so true. Sure, there are many dads (and even moms) who aren’t involved in their kids’ lives or who are abusive, but that doesn’t mean we should overly praise a dad simply because he’s not terrible. Especially because moms will do the same thing, every day, and it’s just expected.

In fact, a 2022 study in the Netherlands found that unequal divisions of housework and childcare between men and women were perceived as fair, which could be why women do the most household labor — men do less and still think they are doing as much as their partners. Even Prince William thinks he deserves credit for doing as much work as his wife, Kate Middleton!

Senior writer for Rolling Stone, EJ Dickson, tweeted an article about Jeremy Allen White making breakfast every day for his daughters, Ezer, 3, and Dolores, 1, who he shares with wife Addison Timlin. “I’m sorry but *feeding your children* is not dad goals, it is the absolute bare minimum,” Dickson wrote. “We need to stop giving a cookie to every man simply for being present.” 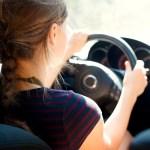 Dickson later clarified, “I don’t have an issue with the article in itself, it’s just part of a larger trend of the media backpatting dads for doing the bare minimum.”

Someone commented, “Best thing about being a dad is how low the bar is,” and that is so true. It seems so easy to be a dad!

Luckily, dads seem to be (finally) stepping up to speak out about this annoying double standard. Many dads were commenting on the Reddit post about their own experiences as a dad.

“I’m a solo/single dad. I get this a lot myself,” one person wrote. “The only time it’s ever gotten to me is when I’m with my daughter. Her mother isn’t in the picture and I’ve gotten some nasty comments, even had the cops called once when she was little and had to go potty. In the end you can’t stop it really so just smile and do your thing man.”

“Same here,” another dad wrote. “’What does mom think?’ was always fun when we were clothes shopping, or getting a new hairstyle for one of my girls. Mom’s in a halfway house, and believe it or not I can be a parent, too.”

Some dads get it at work. One dad wrote, “I hate this too. Like at work I’ll be like ‘sorry I’m 2 mins late, my kids’ bus was late today’ and someone will say ‘Oh doing the Mr. Mom act HAW HAW’ like no f*cknut, I’m their father, I pick them up from the bus stop because I like them and it’s my responsibility.”

Even moms spoke out about this dad’s post. One person wrote, “I have heard too many men say they are ‘babysitting’ when they are actually ‘parenting’ i.e. ‘I can’t go to the game, Bob. Wife needs me to babysit.’” She added, “It is a mindset that men like you need to help change. Just tell them ‘I am his parent. It’s what all men should do with their children.’ It’s a long hard road. Keep being a good dad. We need more men like you!!”

Another mom agreed, and was careful not to overly praise the OP.

“As a mother who feels like people never appreciate her effort, I appreciate you! It’s so tough when society is so gendered and think mom raises the kids, dad works,” she wrote, adding, “You’re seen. (I almost celebrated you but that would defeat the purpose of this post. lol)”

I agree with that. We need more men to step up and share parenting and housework duties, while also normalizing it and speaking out against the over-praisers. It’s time we started thinking of good, involved dads as the norm instead of the exception.

These celebrity fathers are all proud to be “girl dads.”