This Single Mom Is Shattering the Army's Glass Ceiling 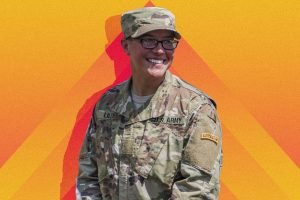 In 2018, Lieutenant Emily Lilly made history as the first woman from the Army National Guard to graduate from the U.S. Army’s Ranger School. As a single mom who completed Ranger School, Lieutenant Lilly knows a thing or two about beating the odds, chasing her dreams, and balancing motherhood with a physically and mentally demanding job. Lilly, who is mom to a 10-year-old daughter and eight-year-old son, spoke to SheKnows about her groundbreaking career and the values she hopes to instill in her children.

During her time training, Lilly says a fellow mom provided her with advice and motivation. Although she’s the first woman in the National Guard to complete Ranger School, several women from other branches of the military had already made it through the school when Lilly entered. One of them also happened to have young kids. “She was a huge inspiration to me,” Lilly says. “I reached out to her for guidance on how to move forward through the school. She also has two young children so I got some feedback from her on how to handle it.” This is the Shine Theory in action, and we’re here for it.

The U.S. Army’s Ranger School has a 67 percent failure rate, but Lilly refused to be part of that statistic — and she says her children are part of the reason she succeeded. “Knowing that I was gone from my children for so long, I really used that as motivation to not come home empty-handed from this school,” Lilly says. “I knew I had to make it worth it if I was going to sacrifice that much time away from my family.”

Lilly tells SheKnows that her biggest struggle is spending a lot of time away from home. When her children were younger and didn’t quite understand how the passage of time works, she would have conversations with them explaining that she would be away and place the focus on making plans for what they were going to do when she returned. “That way they were always looking forward to something and not thinking so much about when I was gone,” Lilly says.

Now that her children are a bit older, they’re a little more pushy and will point out that Lilly’s work schedule means she sometimes won’t be home on their birthdays or for their school play. “It then becomes a deeper conversation with them about why I’m gone and what I’m doing while I’m gone, but also working with them on what other things we can do to make up for it once I return,” she says. 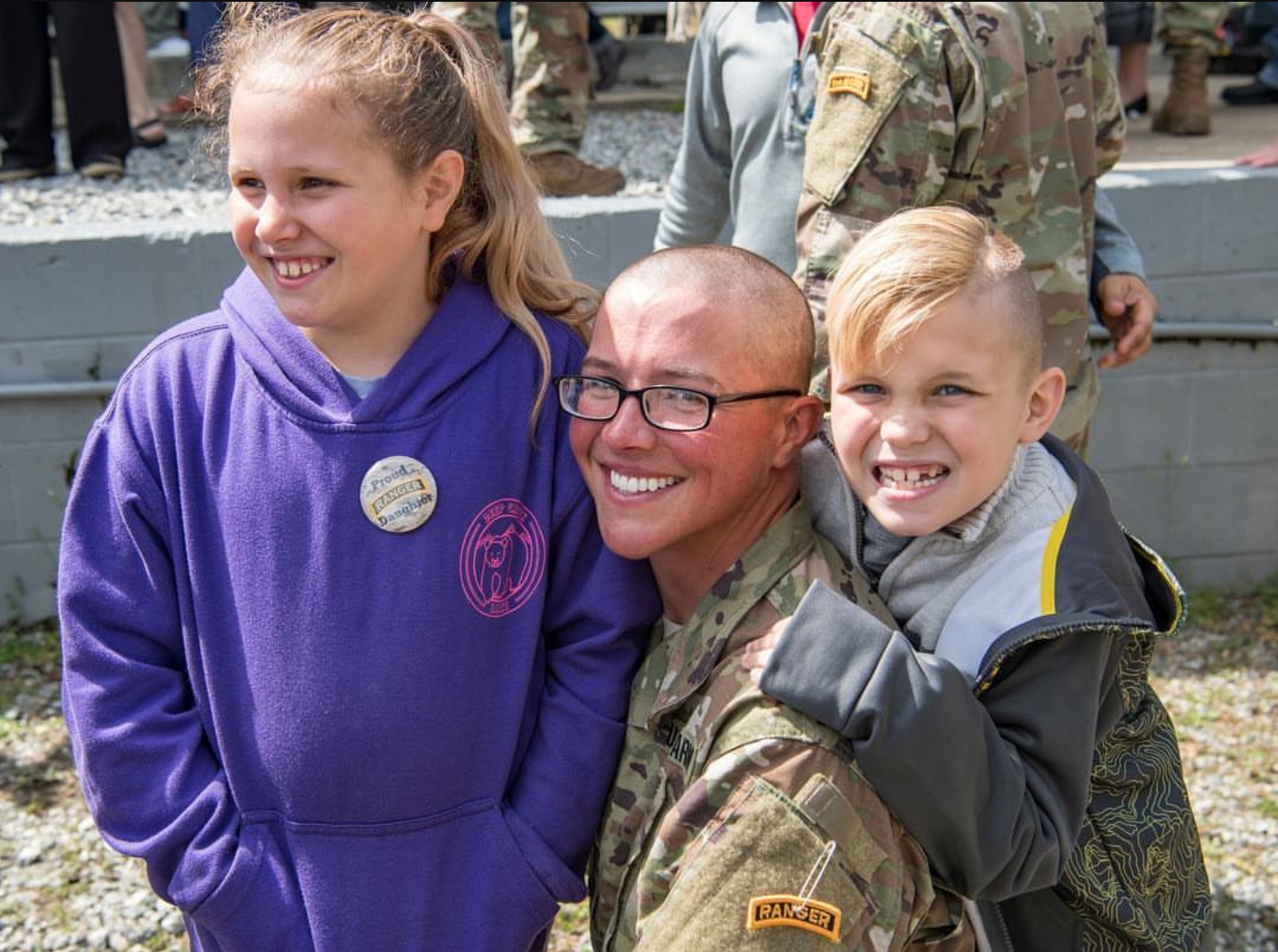 Like every other mom I’ve met, Lilly candidly says there’s no way to balance it all — but what we can do is make thoughtful decisions and do what seems best for our families at the time. For example, Lilly’s ex-husband made a conscious decision to turn down a promotion at work so he could maintain a more reasonable schedule while she continued to move up in the Army. During that time, Lilly was the primary breadwinner in the family.

“He had less income, but he had a more stable schedule so we could work out child care arrangements and always have a parent there for activities,” she says, adding that there’s no “right” answer for any family or blended family. Rather, it’s about what works best in your situation. “Sometimes the tradeoff is that you have to turn down opportunities because you’re making that balance,” Lilly says. “And sometimes you need to accept certain work trips that are going to end up earning you more money so that you can support your family better, but they’ll cost you family time. So there is no way to have it all. It’s about making the best choice for your family at any given time.”

What she hopes to teach her children

Lilly’s kids have a pretty badass mom as a role model, and she says the most important thing she hopes to instill in both her son and daughter is not to be afraid to chase their dreams. “Don’t be afraid to go after what you want, regardless of what someone else says you can or can’t do,” she says. “Whether it’s because people say it’s physically impossible or impossible because of your gender, I just want them to go after what they want to do and pursue their dreams. Just because someone else says they can’t do it, I want them to know there’s not anything stopping them.”

She’s also instilling gender equality in her children. Lilly previously served as Sexual Assault Prevention and Response Coordinator for the Joint Forces Headquarters, West Virginia National Guard, and she’s already begun having conversations with her son and daughter about physical boundaries and respect. “I don’t talk to them directly about sexual violence yet. What we do focus on is body autonomy,” Lilly says. “They know that other people shouldn’t be touching them without their permission, and they know that they shouldn’t touch other people without their permission. So that’s more of the focus at their age.”

She also encourages both her children to choose activities and clothing based on their preferences rather than strict gender norms, which Lilly points out can turn to gendered violence. For example, her son took a gymnastics class and he was totally comfortable being the only boy in the room. “I teach them it’s fine for boys to cry and it’s fine for girls to be tough. Boys aren’t better than girls, and girls aren’t better than boys,” she says. “I think some of the gender imbalance that people are raised to believe is what causes gendered violence.”

Rather than talking to her children about politics, Lilly focuses on teaching them to treat everyone with respect regardless of skin color, sexual orientation, or religion. “I have friends of all types and so does their dad. So they have interaction with all different kinds of people and they know these are mommy and daddy’s friends,” Lilly explains. But at this point, she and her ex-husband don’t talk to their kids about the divisive politics in the country.

“Both my children do have some interest and have talked at least a little bit about being a soldier and wearing the uniform,” she says. “Politically there isn’t more that we’re doing with them at this age, but they do have a sense of pride in the country.”

Undoubtedly Lilly’s children are proud to have a mother who serves our country with such courage and conviction — and has shattered a glass ceiling along the way.