What Every Parent REALLY Needs to Know About Tummy Time 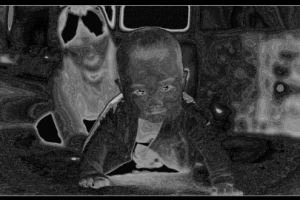 If you’re a new parent, chances are you’ve received about as much unsolicited advice as you can manage from relatives, friends, and the random cashier at the check-out stand. But if there’s one piece of advice you should take into consideration, it’s that tummy time is essential for babies’ development.

Just as it is vital for babies to sleep on their backs to avoid sudden infant death syndrome (SIDS), it’s critical for infants to spend time on their bellies to stimulate physical and cognitive growth, while also helping prevent flat spots (plagiocephaly) on their heads, according to the Mayo Clinic. Of course, tummy time isn’t as simple as plopping your baby on her stomach and calling it a day. We talked to two experts, pediatrician Brittany Odom, MD, and psychologist and parenting coach Dr. Courtney Bolton, Ph.D., to gather everything you need to know about tummy time — from its developmental benefits to dealing with an uncooperative (and squirmy) infant. 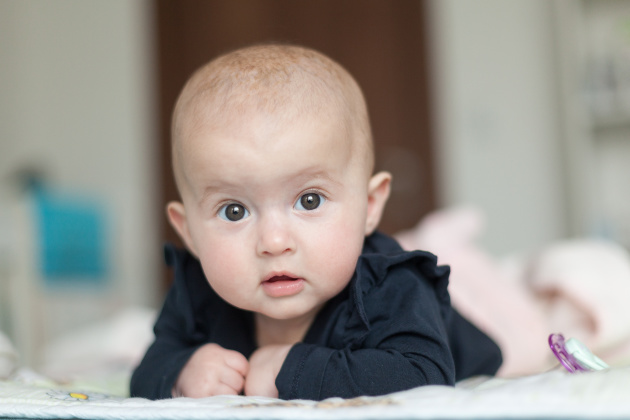 Your newbie may not be able to pump iron or hold a downward dog just yet, but she’s more than ready to start conditioning her muscles and motor skills.

“Tummy time is one of the most important things you can do from day one at home to help your baby’s development flourish,” Odom, who recently completed her pediatric residency training at Johns Hopkins All Children’s Hospital, tells SheKnows via email. “Tummy time, or placing your baby on his or her belly while awake, helps strengthen the neck and back muscles, which leads to better head control, being able to push themselves up, crawl, and eventually walk.”

Consider it this way: There’s a reason your yoga instructor has you hold Salabhasana, or locust pose, during class. Our cores don’t just include our abdominal muscles; they also include the muscles that wrap around our sides and support our spines. Working out those back muscles helps to improve posture, balance, and coordination, according to the Mayo Clinic. Getting started early gives your child a headstart.

Reduce the risk of flat spots

Babies spend a lot of time on their backs — and for a good reason. Newborns require lots of sleep, and the American Academy of Pediatrics recommends they rest on their backs on a flat surface to reduce the risk of SIDS. However, babies who spend too much time lying on their backs are at a higher risk of positional plagiocephaly, or developing flat spots, on the backs of their heads. Parents who hold their babies and incorporate tummy time into their daily routines can help lower the chances of plagiocephaly and other cranial malformations, Odom says. 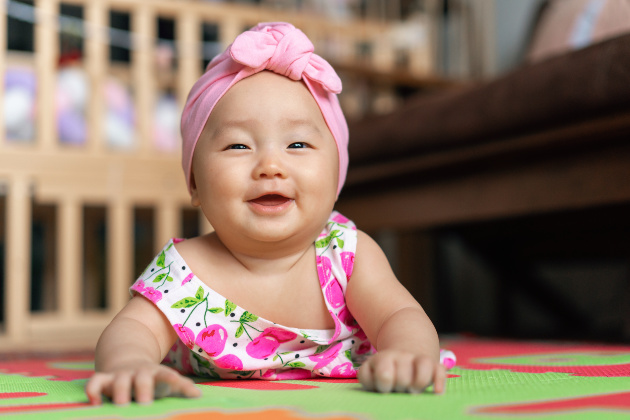 Yes, tummy time is fantastic for strengthening core muscles, but it’s also critical for conditioning babies’ brains. According to the CDC, cognitive development in infants focuses on language, memory, and reasoning — all skills babies can sharpen during tummy time. While medical professionals haven’t conducted extensive research on tummy time’s benefits, Bolton says there are a few studies, such as research conducted by Pathways Awareness in 2008 and a 2017 study published in Paediatrics & Child Health, that indicate children who don’t get enough tummy time suffer delays in motor skills and cognitive development.

“What [the research] showed, as our children are spending more and more time not only on their backs during sleep but also in infant carriers and getting snapped in and out of car seats, [is] they’re not getting the opportunity to interact with the environment in a way that we would want them to be,” Bolton tells SheKnows.

She adds, “What we found is that by age 36 months, for the children who don’t have enough tummy time, there are learning disabilities and developmental delays that are more prevalent than we see in a typical population, and, especially, in those who have noticeable plagiocephaly or a noticeable flat head.”

In the beginning, motor skills and cognitive development are often intertwined, Bolton says. Children sharpen their memories, thinking, and reasoning skills when they can interact with their environments through touch, sound, and sight — which is exactly where tummy time comes into play.

“It’s a completely different thing to be on the floor on your back and reaching up and trying to grab for something and missing and trying to learn and feel through space and time than it would be to be on your tummy to accidentally grab something and start to make that connection that if I do this, then I not only grab this really cool toy, but I start to make a crinkly sound, and it feels this way, and it has this texture and this touch,” Bolton says. “Initially, in the first month of life… our children have reflexes, and everything is sort of reflexive in terms of getting their needs met. At least, that’s our theory. Then, after that first month, between two and four months, they start to truly interact with their environments in a deliberate way, and they’re learning.”

To make the most out of tummy time, Bolton suggests incorporating stimulating toys and books, while also getting down on your baby’s level and engaging with him.

You don’t have to wait until your baby can lift her head without assistance to begin tummy time; in fact, Odom says you can start “as soon as you bring your baby home.”

“Newborns can start out spending about 3-5 minutes on their stomachs a couple of times per day, according to the American Academy of Pediatrics,” Odom says. “As they grow and get stronger, they can spend even longer amounts of time on their stomachs while awake and breathing comfortably. Some babies can spend up to 60-90 minutes doing tummy time. You’ll see as your baby gets stronger, the more they will enjoy tummy time and their newfound position.”

Of course, parents should never leave children unsupervised during tummy time. Odom suggests finding a stable, firm space, like a carpeted or covered floor for infants to explore. In the very beginning stages, she says parents can support their babies on their stomachs after diaper changes or naptime, so they get used to the feeling. Over time, you can build up the duration — but don’t feel like you have to all of your tummy time in during one sitting. The World Health Organization suggests that infants up to one year of age spend 30 minutes on their stomachs throughout a day. Find the time that makes the most sense to you, and work it into your daily routine.

Additionally, make sure to stop tummy time if your baby is starting to get tired, Odom says. “Tummy time should always occur while your infant is awake and alert,” she says. “While sleeping, infants should be placed on their backs.” 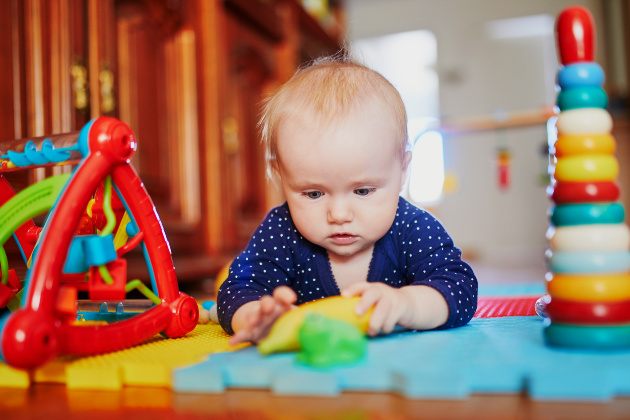 Don’t sweat it too much

You don’t have to invest too much time or money into tummy time for it to be beneficial.

“One of the things that I’ve learned in my practice is that parents feel overwhelmed by having to set up a blanket and get out all of these toys and make tummy time this huge production for five minutes,” Bolton says. “It can honestly be that you flip your child over for a few minutes while you’re doing the laundry and let them see all of the colors in the laundry basket or spread out one of those towels that’s clean and let them feel the towel. It does not have to be a big production. I’m a huge fan of creating tummy time opportunities within your daily routine so that it doesn’t feel like something daunting or overwhelming.”

Chances are, you have a few toys or books that your kiddo loves. Both Bolton and Odom suggest taking some of those items and laying them out around your baby for them to reach for, grab, and play with while on their stomachs. Over time, you can start to move the toys a bit further out of reach to encourage children to scoot or crawl in your direction. Bolton says her six-month-old daughter especially enjoys interacting with her reflection in non-breakable mirrors.

Turn it into a bonding activity

Parents can be just as stimulating as a toy since they provide a back-and-forth interaction, Bolton says. Not only can they talk to their children or encourage specific movements, but they can also teach kids about their surroundings, like what is OK to touch and what is not. “When they see or hear your reaction, they’re definitely going to respond to big, positive reactions,” she adds.

Odom adds that tummy time is also a great way for older kids to bond with their younger siblings, so long as an adult is present to supervise. They can read aloud, play with toys, and offer smiles and support.

With this info, you’ll be ready for tummy-time adventures in no time.

END_OF_DOCUMENT_TOKEN_TO_BE_REPLACED

END_OF_DOCUMENT_TOKEN_TO_BE_REPLACED
We and our partners use cookies on this site to improve our service, perform analytics, personalize advertising, measure advertising performance, and remember website preferences.Ok