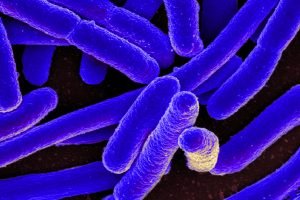 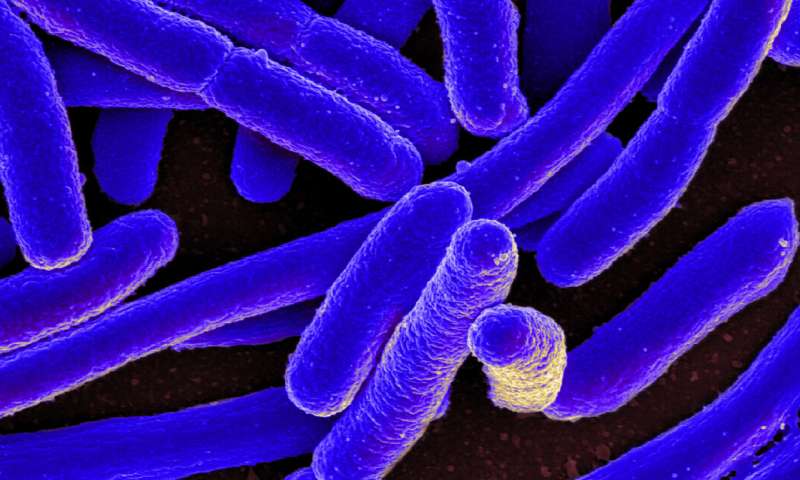 The team of researchers at DTU have shown that a cocktail of two common antibiotics, mecillinam and cefotaxime, can make these specific multi-resistant E. coli (extended spectrum beta-lactamase, ESBL) sensitive to treatment again.

The development of resistance towards either mecillinam or cefotaxime leads to concurrent sensitivity to the other drug—a phenomenon called collateral sensitivity. The study has been published in Nature Communications.

The CTX-M-15 gene is widely distributed globally and limits doctors’ ability to effectively treat urinary tract infections. “We need to take precautionary measures to avoid resistance, because it is very likely that this mutation will occur at some point. By giving both mecillinam and cefotaxime at the same time, the CTX-M-15 mutation works like a switch, and the bacteria become sensitive to treatment again,” says first-author Carola Rosenkilde, Ph.D. student at the Novo Nordisk Foundation Center for Biosustainability (DTU Biosustain) at Technical University of Denmark (DTU).

Another advantage using mecillinam and cefotaxime as a drug combination is that both drugs can be administered orally—as pills. Thereby doctors could use these two already approved drugs to treat multi-drug resistant E. coli (ESBL) infections.

An estimated 50 percent of women report having had urinary tract infection at some point in their lives, according to WHO. Thus, this new finding could be very relevant in treating this infection. Moreover, new antibiotics are fairly rare on the market, which forces doctors to find new uses of existing drugs.

The switch only works with this specific strain of ESBL E. coli. Hence, it is crucial to know the profile of the disease-causing bacteria in order to choose the right combination strategy. “This could make it possible to sequence samples from patients in the clinic and tailor the antibiotic treatment based on the mutational landscape in the test,” says Professor Morten Sommer from DTU Biosustain.

In this new study, the researchers used adaptive laboratory evolution combined with a random mutagenesis approach to find E. coli mutants resistant to mecillinam and cefotaxime. Using this method, they could mimic the natural evolutionary process in the lab. The team looked at the CTX-M-15 beta-lactamase gene, which is highly transferable in nature and thus has a high risk of spreading between disease-causing bacteria.

“The results are interesting because we showed that bacteria simply can’t survive both drugs. Also, the same gene with only one mutation shows this switch-function. Normally, you will find multiple mutations in multiple resistance genes, controlling different mechanisms,” Carola Rosenkilde says.