Discovery of the genetic ‘conductor’ of brain stem cells 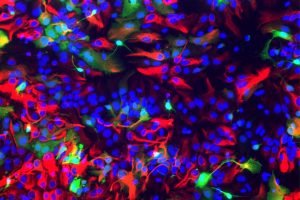 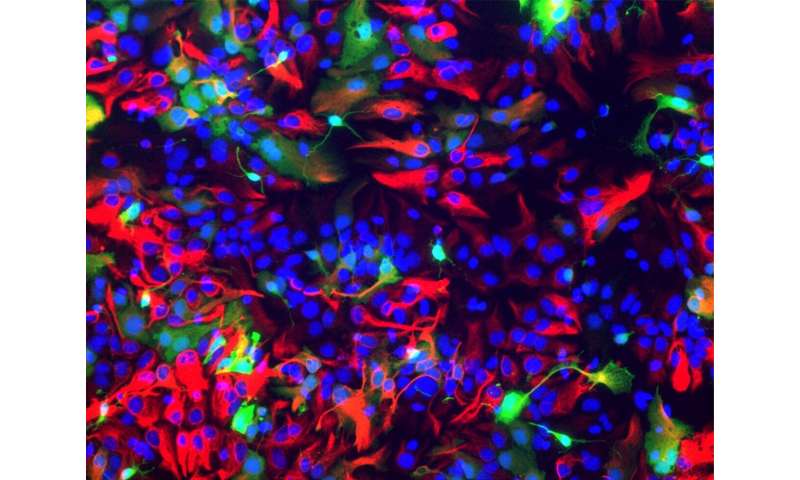 Our brain comprises 85 billion nerve cells and just as many so-called glial cells, which work in close contact with the former to guarantee their proper function. All originate from brain stem cells. But what decides when and how many of them become neurons or glial cells? A new study led by the Laboratory of Cerebral Cortex Development of SISSA has shown how the Foxg1 gene, already involved in numerous processes of cerebral development and in rare disorders like Rett and West syndromes, plays a fundamental role in piloting the differentiation of stem cells, guaranteeing that neurons and glial cells are produced in the right quantity and at the right moment. The work, published in Cerebral Cortex and conducted in collaboration with the University of Cambridge and the IRCCS Burlo Garofolo, opens new roads to understanding and treating incurable genetic diseases.

Cortico-cerebral development is a very complex process and remains largely mysterious. Stem cells give life to neurons, then to glial cells, starting with the astrocytes, which are essential for nourishing nerve cells and modulating their activity. In human beings, this occurs after the fourth month of pregnancy, when the production of nerve cells tends to finish and that of astrocytes to increase. In rodents, this shift takes place immediately after birth.

Up to now, it had not been clear what coordinated this transition, but SISSA researchers have shown that the Foxg1 gene, already known for its involvement in other development processes and in some rare diseases, regulates stem cell differentiation behaviour like a true “conductor”. They observed that the level of expression of this gene declines naturally, a short time before astrocyte production begins. Then the researchers modulated the expression of this gene, both in vitro and in vivo, and observed that an increase in this expression slows down the passage from production of neurons to astrocytes; on the other hand, a decrease in the expression facilitates it. They also confirmed that very similar phenomena occur in human stem cells. Finally, the scholars also investigated the mechanisms through which this phenomenon articulates itself and identified two types of processes. On one side, Foxg1 regulates the expression of four master genes implicated in the choice between production of neurons and that of astrocytes; on the other, it modulates the function of several molecular machines (gene batteries) involved in the execution of the astrocyte differentiation programme.

“It is a very important result, both scientifically and methodologically speaking,” comments Antonello Mallamaci, director of the Laboratory of Cortical Development of SISSA and study leader. “The role of Foxg1 in this transition process and its involvement in disorders such as the variants of the Rett and West syndrome suggests that some of the anomalies typical of these syndromes are generated by an alteration of the time scale with which the astroglial cells are generated and opens the way to possible gene therapies.”