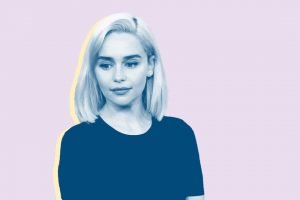 In an essay published in The New Yorker, Game of Thrones star Emilia Clarke, 32, opened up about two brain aneurysms that caused her immense suffering in her 20s.

The powerful account explains that she needed surgery after one ruptured in 2011. The other didn’t rupture on its own; doctors opted to operate again preventively after noticing its aggressive growth in 2013. After they operated, she had bleeding in her brain and needed a third surgery immediately.

Clarke spoke out about how she chalked up possible warning signs to general stress. “I thought of myself as healthy. Sometimes I got a little lightheaded, because I often had low blood pressure and a low heart rate,” she wrote. “Once in a while, I’d get dizzy and pass out. When I was 14, I had a migraine that kept me in bed for a couple of days…But it all seemed manageable, part of the stress of being an actor and of life in general.”

Clarke at first kept her medical problems out of the press, even denying them when her story leaked six weeks after her second surgery. She’s now sharing the details of her experience after recovering from life-altering brain surgeries—one of which involved her skull being cracked open.

What’s most startling about Clarke’s story is perhaps that she was young, active, and otherwise well when she was suddenly rushed to surgery because of her first aneurysm, which ruptured when she was 24. Health asked an expert what people should know about warning signs of brain aneurysms.

Christopher Ogilvy, MD is on the medical advisory board of the Brain Aneurysm Foundation, which draws attention to two alarming statistics: One in every 50 people in America have an unruptured brain aneurysm, and about 30,000 Americans experience a brain aneurysm rupture each year.

Dr. Ogilvy says that brain aneurysms are often deadly—and that simply being young doesn’t make you immune to them. How catastrophic aneurysms are often comes down to how much they bleed when and if they rupture. A brain aneurysm that doesn’t rupture doesn’t always create health complications. “Usually, it won’t do any damage just sitting there,” Dr. Ogilvy says. The problems occur when an aneurysm—technically an enlarged spot in a blood vessel in the brain—burst. “When an aneurysm ruptures, the mortality rate is about 50%,” Dr. Ogilvy says.

While not every terrible headache is a sign of an aneurysm, intense head pain is a symptom. “The classic warning sign is the worst headache of your life,” Dr. Ogilvy explains. Double vision, neck pain or stiffness, limb numbness or weakness, and sensitivity to light are also symptoms.

If you experience any of these potential symptoms of a ruptured aneurysm, you should be quick to get checked out. “[You] really should get to an emergency room or urgent care,” Dr. Ogilvy says. “The sooner the better because there are tests that can figure this out.” For many, though, a ruptured aneurysm is immediately fatal: 20% of people whose brain aneurysms burst die right after it happens, he adds.

If you get screened and your doctors notice an aneurysm, they can plan to surgically treat it. Whether or not they choose to do so depends on factors such as your age and medical history. Doctors also look at the size of an aneurysm, where it is in the head, and what artery it comes off of when making a decision on whether or not to do preventive surgery.

Recent technological advances have made aneurysm treatment easier. “Now, we’re seeing a lot more [aneurysms] because of noninvasive imaging,” says Dr. Ogilvy. In the past, aneurysms could only be detected via invasive brain operations.