Jennifer Ashton is Speaking Out After Her Ex-Husband Committed Suicide 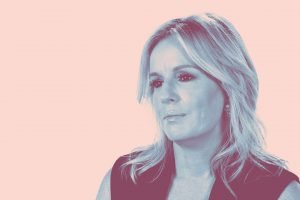 Every suicide headline since February 11, 2017 has triggered instant shots of very personal ice-cold numbness for my children and me; but this one was a real sucker punch, as I know it was for countless people around the world. I’d never met Kate Spade, but I admired her as a designer and a businesswoman. I ached for her and her family, and the fact that her suicide was all over the media made it hit even closer to home. She was supposed to have it all, right? Let the social media speculation begin.

I was at too full a gallop to get to the airport to process it beyond that oppressive awareness that something very sad had happened. Alex and Chloe and I didn’t mention it when I caught up with them at the gate, but we hugged each other even more tightly than usual before getting in line with the other passengers. We were literally boarding the plane when I got an email from Morgan Zalkin, one of the Good Morning America senior producers, asking me to call her. It’s a guarantee that a “can you call me?” email from any of my GMA bosses isn’t a casual request for a catch-up chat; so the kids and I stepped out of line, and I called Morgan immediately.

“Jen,” she said, “we’re wondering if you would feel comfortable talking about Kate Spade’s suicide on tomorrow’s show.”

It caught me completely off guard. I took a deep breath and told her I’d have to check with Alex and Chloe before giving her an answer—we’re a team, this was very personal, and any decisions that affect the three of us are made by the three of us.

Then I added, “If they’re okay with it, the only way I’d be okay with it is if I don’t speak as ABC’s chief medical correspondent. I can’t sit there on camera and pretend this is just another news story for me. I’d have to speak as someone whose family has been affected by suicide…”

On one hand, it was a little like being asked if I’d mind going naked on live TV the next morning. It had been excruciating enough for my kids and me to make it through the last year and four months of grief, guilt, blame, and shame in private. But for me, a physician, chief medical correspondent for a major network, and women’s health expert, the thought of exposing myself to millions of people as someone who’d been completely blindsided by the suicide of my children’s father, and by the impact of that suicide on Alex and Chloe and me, was nothing short of terrifying.

I worried about people thinking, “Oh, my God, she’s a doctor, for crying out loud. How could she miss this? Didn’t she see the signs?” Or, “How awful was she to cause her ex-husband to kill himself?” Rationally, I knew these fears were ridiculous. There were no signs, unfortunately, and I would never blame anyone for another person’s suicide. But if everyone felt that way, there wouldn’t be this cruel stigma, would there?

On the other hand, I’d been doing some reading in that year and four months. According to an article called “Suicide and Life-Threatening Behavior,” published by the American Association of Suicidology, there are more than 44,000 suicides in the United States every year, and for each of those suicides, it’s the Association’s estimate that 135 people are affected by it—i.e., approximately 5.5 million U.S. residents are exposed to suicide in a given twelve-month period, 5.5 million people a year, a vast community of suicide survivors trying to sort out the grief, the blame, the guilt, the anger, the what-ifs, and that vague dark cloud of being stigmatized because of it that my kids and I had been through.

If I kept on hiding and stayed silent, wouldn’t I essentially be turning my back on a chance to help some of those people, and participating in, maybe even condoning, the same stigma that Alex and Chloe and I found so offensive and unfair?

I emailed Morgan Zalkin from the plane and said yes.