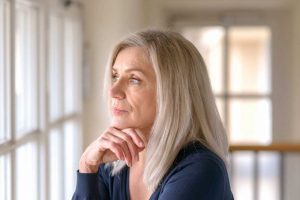 A study from Denmark shows that people with neurological disorders, e.g. Multiple sclerosis or epilepsy, have committed about twice as likely to suicide than people without such disorders. In the case of particularly serious diseases, the risk even increased four to five times.

While the suicide rate of the population was in the Danish General at about 20 per 100,000 person-years, compared with people with neurological disorders approximately 40 per 100,000 person-years. About one out of 150 people, where a neurological disorder has been diagnosed, died by suicide. The study is based on data from the 7.3 million people who have been documented over 37 years. In this time 35.483 died by suicide, including a disproportionately high number of men (77,4 percent). The results, published in the journal JAMA.

In patients with a neurological disease, the risk was increased by about 75 percent. People with severe disease died, more often, to suicide: Among persons with amyotrophic lateral sclerosis (als) were 4.9 times more than in the General population. "These findings can help us to gestalten&quot effective prevention measures;, Dr. Annette Erlangsen, the researches directed at the Danish research Institute for suicide prevention said.

Very often it came in the first months after the diagnosis, the suicide, in this period, the risk was about three times higher than among Healthy. "People may have difficulties to understand the consequences of a newly diagnosed chronic disorder, and deal with them. In addition, mental disorders, and social and relationship factors have a role to spielen&quot could;, Dr. Elsebeth Stenager, Professor of social psychiatry at the University of southern Denmark, said.

END_OF_DOCUMENT_TOKEN_TO_BE_REPLACED

END_OF_DOCUMENT_TOKEN_TO_BE_REPLACED
We and our partners use cookies on this site to improve our service, perform analytics, personalize advertising, measure advertising performance, and remember website preferences.Ok