Home » Personal Health » More Young Women Are Having Heart Attacks. This Might Be Why

More Young Women Are Having Heart Attacks. This Might Be Why 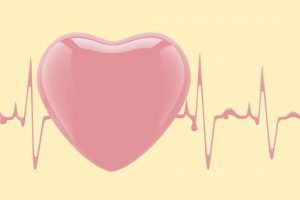 Over the past 40 years, doctors have gotten a lot better at treating heart disease. In the 1960s, it wasn’t unusual for adults to die or become severely disabled from heart attacks in only their fifth or sixth decade of life. And while heart disease is still the number-one killer in the United States, it’s also no longer a guaranteed death sentence, thanks to newer medications, improved surgical techniques, and better understanding of the disease.

Society as a whole has also gotten better at preventing heart disease. A 2018 study in the journal Circulation found that the overall rate of heart disease in the U.S. had declined 38% since 1990. Other developed countries have seen even greater reductions.

But these improvements haven’t benefited everyone equally—and one new study shows a troubling trend among young people, and young women, in particular. When researchers looked at hospitalization rates for heart attacks between 1995 and 2014, they found that those numbers had steadily increased among people ages 35 to 54. More specifically, hospitalization rates remained relatively stable among men in this age group but increased significantly (from about 21% to 31%) among women.

The findings, published last month in Circulation, aren’t the first to suggest that young women are being left behind when it comes to advancements in heart disease treatment and prevention. Now, doctors are trying to figure out why.

Scientists can’t say for sure what’s causing an increase in heart disease among young women, but they do have some ideas. Last month’s study found that not only had hospitalization rates for heart attacks increased among young people since 1995, but that hypertension and diabetes rates had increased as well. The young women in the study were also more likely to be black than the young men, suggesting that heart disease is hitting young black women especially hard.

The study didn’t look at patients’ body mass indexes, but co-author Melissa Caughey, PhD, a research instructor at UNC School of Medicine, notes that hypertension and diabetes tend to be associated with obesity.

“We know that there’s an obesity epidemic going on in the United States, and we know that women—especially black women—tend to have higher obesity rates than men,” Caughey tells Health. “It may be that these are actionable areas where physicians could do better to manage risk factors in these high-risk patients.”

Another interesting finding was that, compared to the young men in the study, the young women were less likely to have previously been treated for conditions like high blood pressure, high cholesterol, or stroke. This suggests that women are being under-treated for heart disease risk factors, wrote Viola Vaccarino, MD, PhD, an epidemiologist at Emory University, in a commentary published along with the study. Prevention guidelines may also underestimate risk among this age group, she added.

“Notably, there was no indication that the sex-related treatment gap improved between 1995 and 2014; if anything, there was a tendency for the disparities to worsen over time,” wrote Dr. Vaccarino.

Another challenge is that women tend to experience heart attacks differently than men—so they, and their doctors, may not even recognize it when it’s happening, and their treatment may suffer as a result.

“Traditionally, a heart attack is described as the man clutching his chest and suddenly falling out of his chair,” says David Goff, MD, director of Cardiovascular Sciences at the National Heart, Lung, and Blood Institute. “But heart attacks are seldom that dramatic, especially for women.” Women are more likely to report back pain, nausea, sweating, lightheadedness, or dizziness, Dr. Goff tells Health, rather than chest pains.

“When women present with these symptoms, the sad reality is that too often, the health care system doesn’t think about heart attacks first,” he says. “Women might be told that it’s anxiety or it’s gastroesophageal reflux or some other problem, because physicians still don’t know to look for heart problems.”

What needs to change

The new Circulation study did find some promising trends. Young women in the study were less likely to smoke than their male counterparts and were more likely to have health insurance. Indeed, says Dr. Goff, the decline in smoking rates over the last 50 years has been a big part of the overall decline in heart disease across all age groups.

Caughey stresses that the overall risk of heart disease for young women “remains quite low,” and that it increases significantly after menopause. “I don’t think this is anything for young women to panic over, but I do think it’s a warning sign that maybe women of this generation are not as healthy as those of previous generations were.”

Dr. Goff paints a slightly more concerning picture. “One out of four women in our country will die of heart disease, and 60% will have a major cardiovascular event before they die,” he says. “This means that none of us can really ignore our heart health—whether you’re older and overweight or you’re young and lean and otherwise healthy.”

Young women can improve their lifestyle and decrease their risk for heart disease by getting more physical activity, eating a healthier diet, and avoiding both first- and secondhand smoke, says Caughey. “And even if you’re already doing that, you should still know your numbers and check in every year or so with your doctor,” she adds.

Ultimately, experts say, doctors need to watch young women for symptoms of heart disease, so they can be diagnosed and treated before their conditions worsen. Doctors also need to pay attention to risk factors that could make young women more vulnerable to heart attacks and other forms of heart disease in the future.

For example, Dr. Vaccarino wrote, young women who have heart attacks are more likely than men to have depression or post-traumatic stress disorder, to report high levels of stress and more life adversities, and to fall into lower education and income brackets. Female-specific conditions like polycystic ovary syndrome (PCOS), premature menopause, or a history of preeclampsia may also play a role in heart disease risk.

“Younger adults, and women in particular, have been inadequately studied in cardiovascular research,” Dr. Vaccarino wrote. “It is now time to pay attention to this group to optimize prevention strategies and promote cardiovascular health among women.”

For now, Caughey says, it’s up to women to look out for themselves. “It’s probably not something that’s on the radar for a lot of young women,” she says, “but it’s never too early to focus on living a heart-healthy lifestyle.”