Women Can Tell You're Insecure if You Do These Things 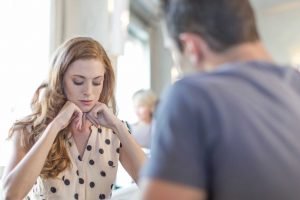 As we continue to have more complex conversations about what it means to be a man today, the more our old-fashioned ideas of masculinity come into question. In a recent thread on Reddit, women started sharing some of the things that they’ve noticed straight guys do that are meant to show how manly they are… and how these traits more often than not just betray their insecurities.

Feigning ignorance of things considered “beneath” them is a common one, especially when it comes to pop culture. “My slightly older coworker never misses a chance to mention he doesn’t know who Drake is or what Snapchat is because he likes to hate on the younger generation as much as possible,” reads one comment. “It’s super cringey.”

This lack of knowledge is almost always fueled by some form of elitism, and among guys often extends to an exaggerated ignorance of all things “girly.” As one commenter recalls: “I had a friend who basically had a whole performance to show how little he knew about makeup, nail polish, or clothing. I don’t expect people to know a ton about makeup, but pretending you barely know what lipstick is takes things a bit far.”

While such feigned cluelessness sounds silly, it can also bely some pretty regressive ideas about gender roles. This is especially harmful if that aversion to feminine-coded things is passed down from parent to child. “I work in a childcare and there are always dads who gets super insecure when their son wants something pink or girly,” said one commenter. “I got chewed out because one kid begged me to let him wear the pink pull ups instead of the boy ones. His dad was so mad at me. Like I was trying to turn his son gay or into a ‘sissy’ or something like that. Your kid picked them out, not me!”

Perpetuating sexist or misogynist behavior doesn’t just let down the next generation, it also holds back the guys doing it, says one commenter, who bemoans the idea of men policing each other’s masculinity: “When they avoid something they enjoy (or would likely enjoy based on other things they also like) because they’re worried about how others will judge their manliness if they do. When they do things they clearly hate/resent because they’re afraid their manliness will be called into question if they don’t. Whenever they judge other men for doing things that aren’t manly. When they get irrationally upset at somehow being exposed to something “girly” even if by accident (freaking out about using the wrong shampoo for instance).”

Another misguided, toxic masculine idea is that being an “alpha” is all about domination and making others look weak.

“Genuine leaders don’t tear anyone down, they don’t try make themselves look big either,” reads one comment on this topic. “People respect them for the way they act towards others and follow them because of it.”

END_OF_DOCUMENT_TOKEN_TO_BE_REPLACED

END_OF_DOCUMENT_TOKEN_TO_BE_REPLACED
We and our partners use cookies on this site to improve our service, perform analytics, personalize advertising, measure advertising performance, and remember website preferences.Ok